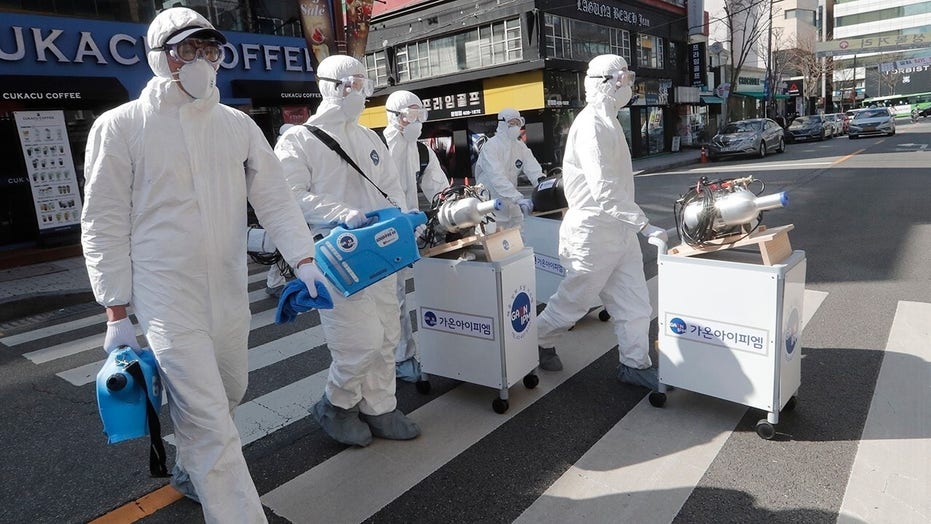 Schools, landmarks and sports venues are being closed from Asia to the Middle East to Europe; Benjamin Hall reports from London.

As the coronavirus reached the soil of a sixth continent, countries around the globe have stepped up measures to contain the spread of the infectious disease.

On Thursday, the global count of those infected hovered around 82,000, with 433 new cases reported in China and another 505 in South Korea. Iran's caseload surged by more than 100 cases.

World Health Organization director-general Tedros Adhanom Ghebreyesus told reporters Thursday that “this virus has pandemic potential,” but it can be contained if nations take swift action.

“If you act aggressively now, you can contain this virus, you can prevent people getting sick, you can save lives,” Tedros said. “This is not a time for fear, this is a time for taking action now to prevent infections and save lives now.”

Here are some of the different ways countries are reacting to the COVID-19 epidemic: 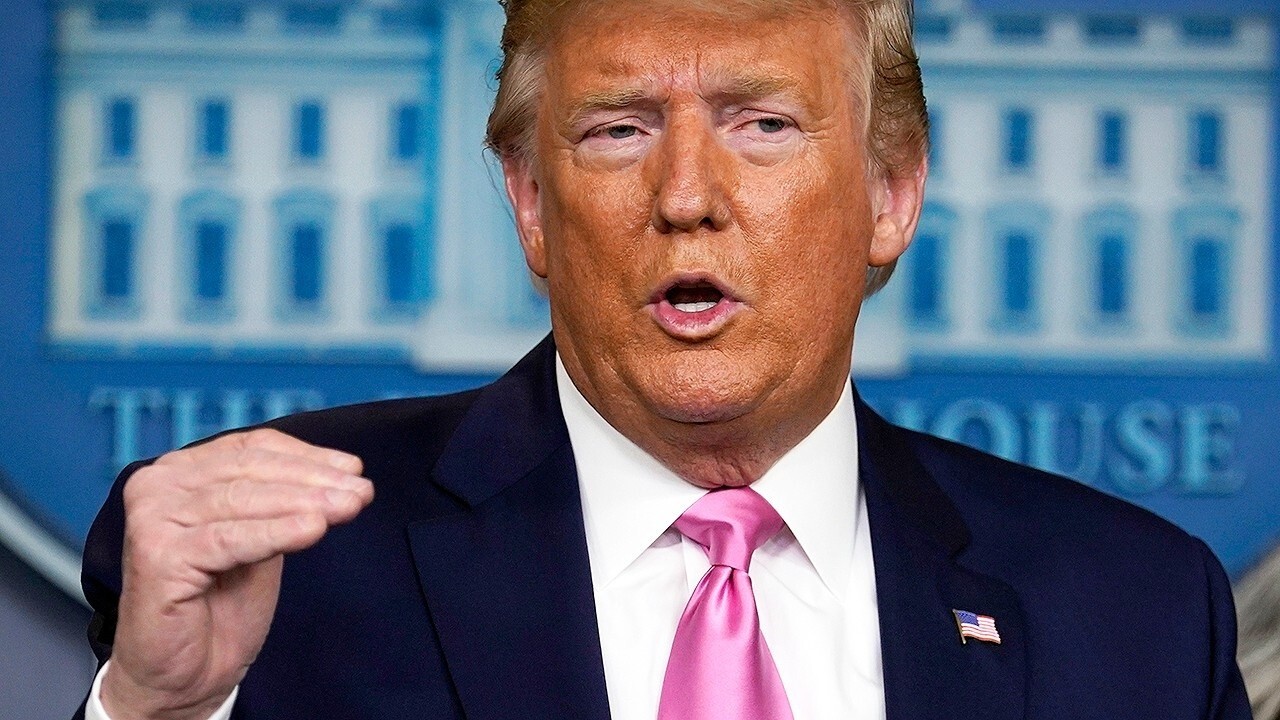 President Trump held a White House press conference Wednesday with members of his coronavirus task force to address concerns surrounding the spread of the virus in America and around the world.

Trump said Vice President Mike Pence is leading the U.S. response to the outbreak, and that a vaccine is being developed "rapidly" and "coming along very well."

However, Anthony Fauci, who heads the National Institute of Allergy and Infectious Diseases, said later at the press conference that a vaccine would not be applicable to the epidemic for a "year to a year and a half," due to delays from testing, development, production and distribution.

There have been 60 confirmed cases of coronavirus in the U.S. in total, a figure that includes three individuals repatriated from evacuation flights, and 42 others from the Diamond Princess ship that Japanese officials quarantined earlier this month.

Saudi Arabia on Thursday said it will block foreigners from traveling to Mecca and the Kaaba, the cube-shaped structure at the center of the annual hajj pilgrimage, out of concern over the spread of the coronavirus.

The travel limits also apply to the Prophet Muhammad’s mosque in Medina.

Muslim pilgrims circumambulate the Kaaba, the cubic building at the Grand Mosque, during the hajj pilgrimage in the Muslim holy city of Mecca, Saudi Arabia.  (AP)

In addition, Saudi officials have halted entry to the kingdom by those with tourist visas from countries affected by coronavirus.

There have been no confirmed cases of the new coronavirus in Saudi Arabia amid the outbreak.

The hardest-hit nation in the Mideast is Iran, where 254 cases and 26 deaths from the virus have been reported. However, experts believe the Iranians may be underreporting those numbers.

Iranian Vice President Masoumeh Ebtekar, better known as the English-language spokeswoman “Mary” for the 1979 hostage-takers who seized the U.S. Embassy in Tehran and sparked the 444-day diplomatic crisis, is among the hundreds who have the virus, state media reported.

In an effort to eliminate another source of germs, Iran removed overhead handles on Tehran’s subways and loosened rules barring the import of many foreign-made items to allow in sanitizers, face masks and other necessities.

Japan’s Prime Minister Shinzo Abe on Thursday called for all elementary, middle and high schools to close until spring holidays begin in late March – a decision that affects 12.8 million students at 34,847 schools nationwide.

CORONAVIRUS INFECTS WOMAN IN JAPAN FOR SECOND TIME, A FIRST IN THE COUNTRY

Meanwhile, Japan's professional baseball league said it will play its 72 remaining preseason games in empty stadiums, while the nation’s top soccer league, the J-League, has halted all play until March 15.

A man holds a shop advertisement saying "We have masks" in Ginza shopping district Wednesday in Tokyo.  (AP)

Japan now has more than 890 cases, including 705 from a quarantined cruise ship. An eighth death from the virus was confirmed Thursday in Japan's northernmost island of Hokkaido, now considered the site of a growing cluster with 54 confirmed cases.

The South Korean and U.S. militaries on Thursday announced the postponement of their annual joint training drills out of concern for troop safety, the first time in history the allies have put the springtime exercises on hold.

South Korean army soldiers wearing protective suits spray disinfectant to prevent the spread of the COVID-19 virus on a street in Daegu. (Lee Moo-ryul/Newsis via AP)

The nation also passed a law strengthening the punishment for those violating self-isolation, more than tripling the fine and adding the possibility of a year in prison.

Twenty-two South Korean soldiers and one American service member in South Korea have tested positive for the new coronavirus, which has infected about 1,770 people in the Asian country, the largest outbreak outside mainland China.

Italy is changing how it reports coronavirus cases and who will get tested to distinguish between people who test positive for the virus and patients showing symptoms of COVID-19, the illness the virus causes, since the majority of the people in Italy with confirmed infections aren’t actually sick.

It is also distinguishing between positive virus tests reported at a regional level and results confirmed by its National Institute of Health. The U.N. health agency insisted that only nationally certified cases are considered official.

A small number of people walk through the usually bustling Piazza Duomo in Milan on Wednesday. (Claudio Furlan/LaPresse via AP)

As of Thursday, Italy reported 528 cases and 12 confirmed deaths from the virus, the most of any country outside Asia. While 159 infected people have required hospital treatment and 37 were in intensive care, the vast majority isolated themselves at home in self-quarantine, Italy’s civil protection chief Angelo Borrelli said.

Pope Francis still celebrated Ash Wednesday by greeting the public in Rome at an afternoon Mass while many other Masses were canceled. The following day, the Vatican said the 83-year-old pontiff had a "slight indisposition" and would skip a planned Mass with Rome clergy. Officials did not elaborate on the nature of his illness.

Pope Francis wipes his nose during the Ash Wednesday Mass opening Lent inside the Basilica of Santa Sabina in Rome earlier this week.  (AP)

Syracuse University was sending home 342 students on its study abroad program in Florence.

Soccer matches in the Lombardy Region, the epicenter of Italy's outbreak, could be played in empty stadiums, including one of the season's biggest contests between Inter Milan and Juventus, dubbed the Derby d'Italia. The nation's top soccer league, Serie A, already postponed four matches scheduled for last weekend.

Ireland’s Six Nations rugby match against Italy in Dublin on March 7 was postponed.

Italy has closed schools, museums and theaters in the two hardest-hit regions and troops are enforcing quarantines around 10 towns in Lombardy and the epicenter of the Veneto cluster, Vo'Euganeo.

Germany will ask international travelers who arrive on trains and buses to fill in "landing cards" stating where they have been, Interior Minister Horst Seehofer told reporters at a press conference Thursday, according to Bloomberg.

Officials said they will also monitor air and sea travel as the "situation has clearly deteriorated."

The European nation has 21 reported cases of the virus.

Brazil’s government confirmed Wednesday that a 61-year-old Brazilian man who traveled to Italy this month has Latin America’s first confirmed case of the coronavirus. The country’s national health agency Anvisa has been working to map all contact the man had with others.

A medical supply store worker organizes masks that customers are buying as a precaution against the spread of the coronavirus in Sao Paulo, Brazil.  (AP)

Peru put specialists on round-the-clock shifts at its biggest airport, Argentina took the temperature of some new arrivals and El Salvador added bans for travelers from Italy and South Korea.

In Colombia, which has yet to report any cases, officials reminded residents they could be jailed for up to eight years if they violate containment measures.

Fox News' Dom Calicchio, Gregg Re and The Associated Press contributed to this report.