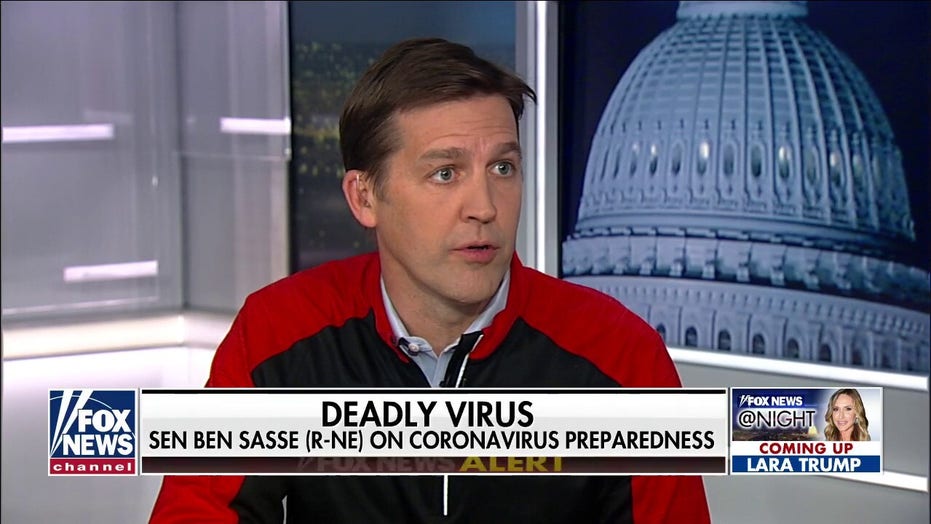 Ben Sasse on how coronavirus started: Lying is a feature of China's system

Iran’s deputy health minister said he has tested positive for the novel coronavirus and is in self-quarantine at his home just a day after he appeared at a news conference in Tehran where he sought to quell fears about the outbreak. Iraj Harirchi, the head of Iran’s counter-coronavirus task force, announced the illness in a video online while vowing that authorities would continue working to control the spread.

The news comes as the country’s COVID-19 death toll was raised from a dozen to 15, with an additional 95 cases of the illness reported. The uptick in cases has spurred the UAE to cut off flights from the country for one week out of precaution while schools across Iran were shuttered and public events canceled. Afghanistan and Iraq have closed their borders with Iran in an effort to stop the spread.

Iran’s president, Hassan Rouhani, gave a speech on Tuesday in an effort to downplay the virus’ threat.

Iraj Harirchi, left, speaks at a press briefing on Monday with government spokesman Ali Rabiei, in Tehran, a day before he released a video saying that he tested positive for the virus.  (AP)

Questions surrounding the true depth of the virus’ impact in Iran began to mount after the semiofficial ILNA news agency first reported that the country’s death toll was 50, citing a lawmaker from Qom. Ahmad Amirabadi Farahani reportedly told ILNA that up to 250 people are under quarantine in Qom, and said that none of the health care workers are properly equipped to deal with the outbreak.

“I think the performance of the administration in controlling the virus has not been successful,” he reportedly said. “None of the nurses have access to proper protective gear. So far, I have not seen any particular action to confront corona by the administration."

And while Iran’s health ministry was quick to refute Farahani's claims, five neighboring countries with recently confirmed cases all said patients had a recent travel history to areas of Iran, some of which have not reported any illnesses.

On Monday, the World Health Organization (WHO) said Iran’s spread of the virus is “deeply concerning” but added that there’s no concrete evidence for how long the virus had been in the country before it was first reported. Conflicting accounts say the first confirmed case occurred on Feb. 13, while Iranian officials didn’t report the first illness and death until Feb. 19.

“Sometimes, when you see an acceleration of cases and a spread from that, it doesn’t necessarily represent the transmission of the virus,” Dr. Mike Ryan, WHO’s executive director of emergency operations, said in a press conference on Monday. “We need to understand the exact dynamics of what has happened in Iran.”

Ryan also said an expert team was due to fly to Iran on Tuesday, but that has reportedly been delayed. A WHO spokeswoman said the agency was finalizing the dates of a separate visit to Iran and was planning to send medical supplies and testing kits to the country within the coming days, BBC reported.

In the U.S., the Centers for Disease Control and Prevention (CDC) raised the travel alert for Iran to level 2, which recommends that older adults or those with chronic medical conditions consider postponing nonessential travel and that travelers should avoid contact with sick people and clean their hands often.