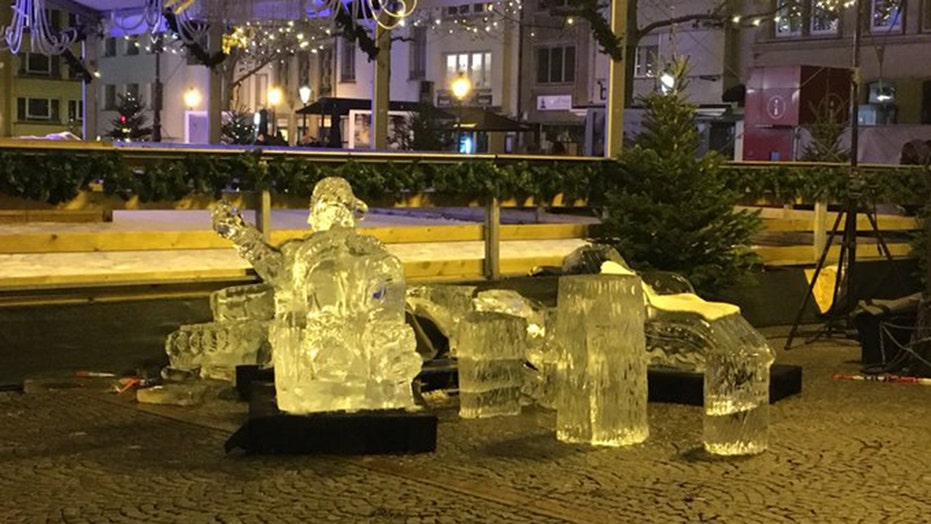 A large ice sculpture at a crowded Luxembourg Christmas market collapsed and broke into pieces, crushing to death a 2-year-old boy in front of his family.

A 2-year-old boy was crushed to death by a Christmas market ice sculpture that collapsed and broke into pieces in Luxembourg. (Luxembourg Police)

The child was struck by one of the broken shards when the ice sculpture broke apart, media outlet RTL reported.

Police attempted to console grief-stricken members of the boy’s family, according to reports.

“I am shocked and distressed after the deadly incident yesterday at the Christmas Market where a small child lost his life,” Luxembourg Prime Minister Xavier Bettel tweeted Monday. “It is not a matter of regret how sad this makes us. My deepest compassion and compassion for the family.”

RTL described the ice sculpture’s creator, who was not identified by name, as being distraught after being told what happened.

"We are all shocked, me first and foremost,” he said according to the news outlet. “This does not happen.”

He said the sculpture could not fall alone, “it’s impossible,” according to RTL.