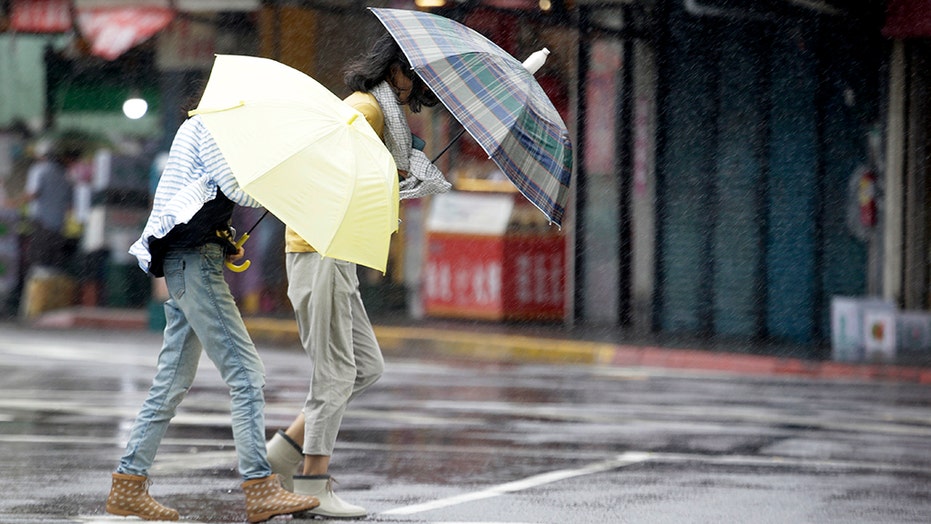 Chinese authorities have declared a state of emergency on the country’s east coast in preparation for the mighty Typhoon Lekima approaching the mainland, bringing with it torrential downpours and potentially deadly winds.

Traveling northwest from Japan and beating down on Taiwan Friday, the storm bore drenching rains and winds of up to 130 miles per hour, according to China’s National Meteorological Center.

Rains began to descend upon Zhejiang province Friday, home to 6.2 million people, and Shanghai, home to 26.3 million, ahead of Lekima’s landfall Saturday morning. Emergency teams have been deployed in the region to carry out relief efforts while thousands of people along Shanghai’s coast have been warned to prepare to evacuate, the BBC reports.

Authorities warn that Lekima will cause a powerful surge up the country’s winding Yangtze and Yellow Rivers, leading to flooding in various regions; they believe that the three main channels of the Yangtze River will rise to dangerous levels and thus issued flood warnings in the region until Wednesday.

China’s weather service issued a code red alert for Zhejiang province ahead of the storm, which is the highest level alert of its four-tiered alert system. Forecasters also advised seven other provinces to make preparations before the typhoon made landfall. Authorities have subsequently prepared evacuations, suspended train and air services, and ordered ships to return to port.

Additionally, 16,000 suburban residents in Shanghai are set to be evacuated as the city prepares for heavy rains and powerful winds, the official Shanghai Daily reported.

Lekima is one of two typhoons currently raging in the western Pacific, with Typhoon Krosa lashing the Northern Mariana Islands and Guam. Forecasters said Krosa is moving north-west and could bear down on Japan next week, only days after Japan endured Lekima.

Lekima cut power to more than 40,000 homes in Taiwan, dumped 35 inches of rain on the island-nation, suspended the high-speed rail service and closed many schools and offices.