It's an extraordinary transformation.

In a matter of weeks, Chinese President Xi Jinping and his Communist Party have apparently managed to convince the world to forget that they muzzled the coronavirus for months as it grew into what is now a global pandemic, silencing doctors and critics whose early alarms could have saved thousands of lives. Instead, the communist-run nation has now positioned itself as the country ahead of the coronavirus curve, even as they make unsubstantiated claims that the U.S. is behind the crisis.

From denying its central role in unleashing the pandemic to baseless finger-pointing and finally, to casting itself as a global savior, China's makeover has been aided by a compliant media and allies such as Russia and Iran who are eager to help deflect the blame to the U.S.

"Two narrative tracks that we’re seeing advanced by China is malign information trying to finger the U.S. as the origin of the coronavirus, and then the second narrative track is what we call ‘Brand China,’ which is the [Chinese government’s] effort to try and turn the crisis into a news story about the supremacy of the Chinese Communist Party as opposed to democratic systems that have allegedly mishandled the crisis,” U.S. Special Envoy Lea Gabrielle told The Washington Times. “So [it’s] basically a 'China' good, everyone else bad’ narrative.”

Indeed, China has been mounting a very public -- and largely successful -- humanitarian campaign to come across as a strong world leader. It's a power move that has allowed China to take over a role the United States and Europe have dominated for decades.

China's private and public sectors are working in lockstep to fast-track aid to countries that are in desperate need of it.

"The Chinese government has been trying to project Chinese state power beyond its borders and establish China as a global leader, not dissimilar to what the U.S. government has been doing for the better part of a century, and the distribution of medical aid is part of that mission," Dr. Yangyang Cheng, a postdoctoral research associate at Cornell University, told The Intercept.

Earlier this week, Xi pledged to send more medical experts to Italy, a country on track to surpass China in the number of coronavirus-related deaths when the numbers are tallied at the end of Thursday. 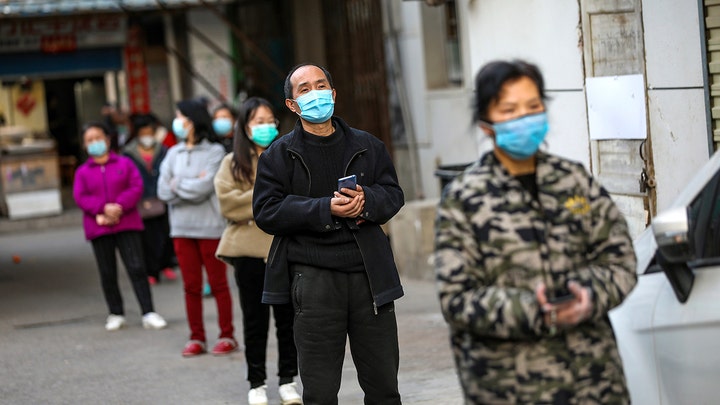 China has already sent 2,000 rapid diagnostic tests to the Philippines as well as aid to Japan and Iraq.

On Thursday, he tweeted: "We join hands with Asian neighbors to fight Covid-19! We and Alibaba Foundation will donate 2 million masks, 150k test kits, 20k protective suits and 20k face shields to Indonesia, Malaysia, the Philippines and Thailand. More help to other Asian nations is on the way! Go Asia!"

Despite the slam, Serbia is currently applying to become a member of the European Union.

China's bold international steps are in marked contrast to its initial response. The country has been accused of coverups and data manipulation that some argue make China at least partially responsible for the global pandemic that's led to more than 9,000 deaths.

A study by the University of Southampton in the U.K. published earlier this month, cited by Axios earlier this week, concluded that if Chinese authorities had acted accordingly three weeks earlier than they did, the number of coronavirus cases could have been reduced by as much as 95 percent and its spread across the world limited. Even acting one week earlier would have reduced the number by 66 percent.

"They made some blunderous mistakes in the early six or seven weeks, and then they came down hard with a gargantuan quarantine," said J. Stephen Morrison, director of the Global Health Policy Center at the Center for Strategic and International Studies. Now, he said, China is suppressing "whatever additional dissident thoughts there may be on exactly what's going on."

In recent days, Chinese officials have tried to turn the tables and claim America is the country to blame for the virus -- an accusation that did not sit well with President Trump, who has gone out of his way to call COVID-19 the "China Virus" or the "Wuhan Virus" despite demands from China to stop.

On Wednesday, Trump defended linking the virus to China.

"It's not racist at all," he said during a press conference."No, not at all. It comes from China. I want to be accurate."

While the pandemic is just one in a series of irritants that have strained the relationship between China and the United States in the past three years, China shifting the blame to the United States has infuriated the Trump administration so much that it has been working overtime to combat Beijing's unproven claims.

On Tuesday, Secretary of State Mike Pompeo referred to the coronavirus as the "Wuhan virus" six times during a press conference and accused China of trying to distract the world from its initial shortcomings by highlighting the help it is offering the world now.

Pompeo also suggested that an "after-action" report would support his claims but admitted that damage was already done in America's fragile relationship with China.