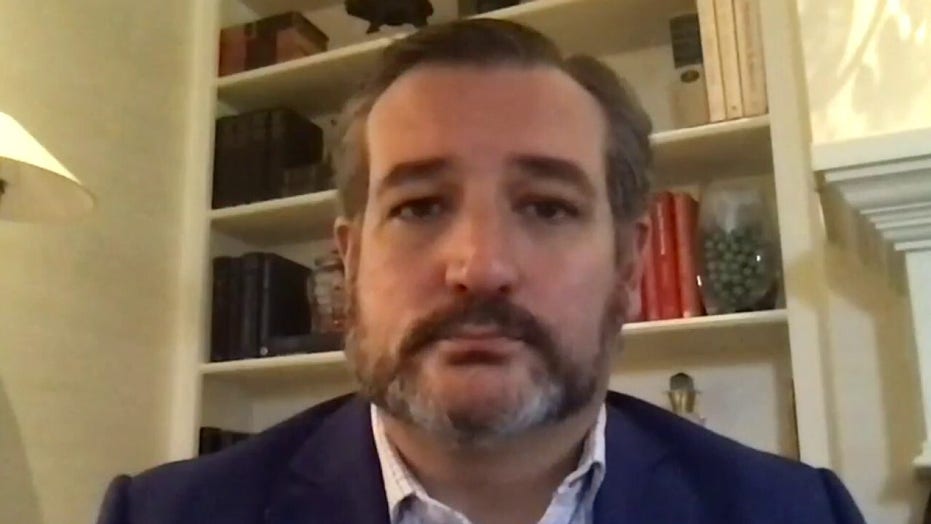 Sen. Cruz on push to sanction China over coronavirus

Sen. Ted Cruz, R-Texas, announced Friday that he intends to introduce legislation that would prevent outlets -- like China's Phoenix TV -- from using Canadian or Mexican stations to spread foreign propaganda across U.S. airwaves.

The move comes as the U.S. has criticized the Chinese government for its role in spreading disinformation about the coronavirus, which is thought to have originated in a lab in Wuhan. Cruz's office specifically mentioned Phoenix TV, which is reportedly using a Mexican broadcast tower to transmit Chinese propaganda into the U.S.

According to a press release, this particular legislation would amend communications law in a way that would preclude the Federal Communications Commission (FCC) from granting licenses to "broadcast applicants who intend to change the language of the station they are purchasing, unless the FCC can certify that the programming of the station will never be influenced by a foreign government or governing party."

"China should not be able to set up shop in Mexico and blanket America with propaganda," Cruz said in the press release.

"Every year, the CCP [Chinese Communist Party] spends billions of dollars purchasing news outlets and waging information warfare to extend the reach of its propaganda and whitewash the unflattering and politically inconvenient truths about its totalitarian regime."

He added: "We are seeing this play out right now as news outlets across the country parrot Chinese talking points about the coronavirus pandemic -- a pandemic that could have prevented. I look forward to introducing this legislation when Congress returns and closing FCC loopholes that allow China to wage their information warfare from across the border in Mexico."

Phoenix TV previously caught attention when Trump questioned one of its reporters at a press briefing earlier in April on the coronavirus.

"Sounds like a statement more than a question," Trump said at the time. The reporter went on to cite a Chinese ambassador's op-ed calling for cooperation with the United States. "Are you personally working directly with China?" she asked.

After Trump cited his trade agreement with China, the reporter again asked whether he was cooperating with China. "Who are you working for? China?" Trump responded.

Phoenix TV is partially owned by a company backed by China's government, and U.S. intelligence has reportedly identified the station as a propaganda outlet.

In 2005, The Washington Post reported that Phoenix TV CEO Liu Changle served in the People's Liberation Army (PLA) and worked as a "military journalist" for Central People's Radio, a state-owned outlet that was later renamed "China National Radio." The Hoover Institution at Stanford University previously labeled Phoenix TV as "quasi-official" state media, adding it was "completely controlled by [the] Chinese government."

Cruz previously expressed concern about this issue in 2018 when the FCC was reviewing an application from a company -- H&H Group -- tied to the Chinese government and Phoenix TV.

"I am concerned that approving this application would enhance the ability of the Chinese Communist Party [CCP] to broadcast objectionable political propaganda into America and to interfere in American domestic politics," Cruz said at the time.