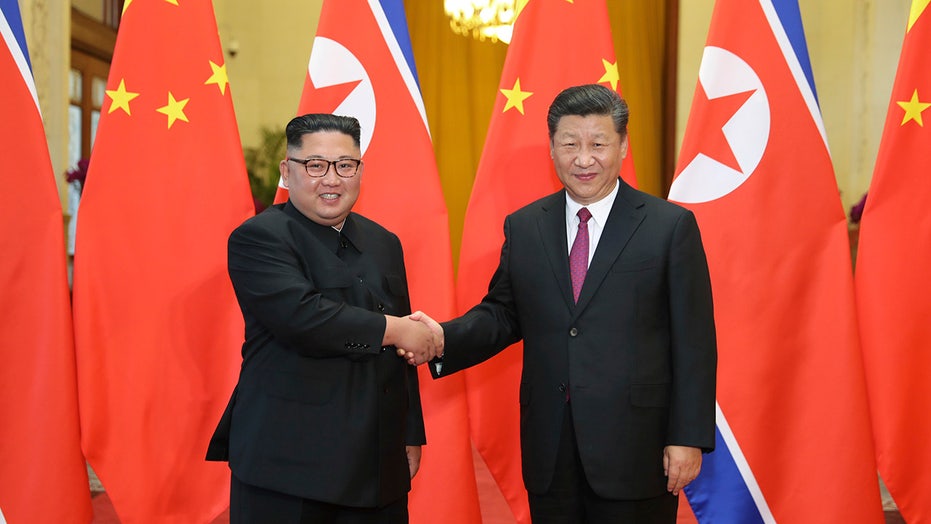 Chinese President Xi Jinping -- under siege at home by a sea of protesters in Hong Kong and embroiled in a staredown with the United States over trade -- is set to travel to North Korea for a state visit, the first such trip in 14 years by a Chinese leader, Beijing announced.

State broadcaster CCTV said Xi will travel to the Hermit Kingdom from June 20 to 21 to meet with leader Kim Jong Un.

FILE - In this June 19, 2018, file photo released by China's Xinhua News Agency, Chinese President Xi Jinping, right, poses with North Korean leader Kim Jong Un for a photo during a welcome ceremony at the Great Hall of the People in Beijing. (Ju Peng/Xinhua via AP, File)

The trip coincides with the 70th anniversary of the establishment of diplomatic relations between China and North Korea, CCTV said, adding broadly that the leaders planned to exchange views on the situation on the Korean Peninsula.

The visit comes amid a protracted dispute between the North and the United States over a potential landmark denuclearization deal.  A summit in Vietnam between Kim and President Trump failed in February, with Trump walking out after the sides came to an impasse.

Meanwhile, the U.S. and China have been embroiled in trade tensions since last year marked by tit-for-tat tariffs on each other’s imports as Washington tries to force Beijing to make changes to its business policies.

The two countries were engaged in talks in order to reach an agreement on trade, but those ended in May without a deal. The Trump administration accused Beijing of reneging on several promises, which China has denied.

Xi has also been plagued by the mass protests in Hong Kong, organized by pro-democracy demonstrators and ignited by a controversial extradition bill.