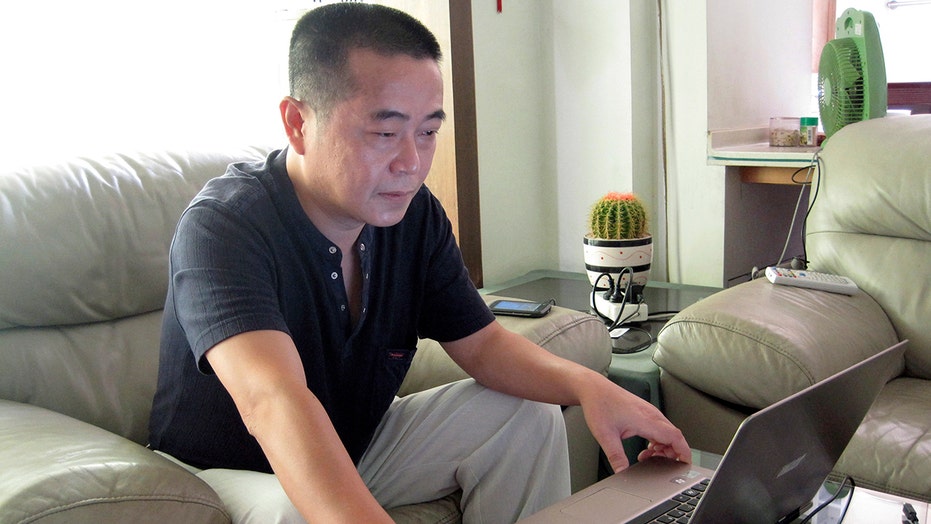 A Chinese activist whose website reports the stories of people alleging government abuses was sentenced Monday to 12 years in prison on the charge of leaking secrets to a foreign entity.

Huang Qi, who founded the 64 Tianwang website in 1998 and has documented alleged abuses by China’s authorities for more than two decades, was initially arrested in 2016. He was taken into custody just weeks after receiving the Cyberfreedom Prize from Reporters Without Borders. The organization calls Huang a "cyber dissident.”

The Mianyang Municipal People's Intermediate Court in Huang's native Sichuan province provided no immediate details on the secrets the 56-year-old allegedly leaked or which foreign parties received them.

Huang has been jailed twice before for his advocacy, including in 2008 when he campaigned for reforms on behalf of parents whose children were killed in a massive earthquake in the southwestern province of Sichuan.

Huang has been sentenced to 12 years in prison on the charge of leaking secrets to a foreign entity, more than two years after his arrest. (AP Photo/Gillian Wong, File)

Thousands of students died after poorly constructed school buildings collapsed after the quake. The government never made public the results of any investigation or held anyone accountable.

He was arrested again in 2013, along with at least three other citizen journalists who contributed to 64 Tianwang, after the site reported on an incident in Tiananmen Square where a woman had set herself on fire, the Guardian reported.

Since coming to power in 2012, Chinese President Xi Jinping has overseen the tightening of restrictions on civil society, jailing human rights activists as well as the lawyers who defend them.

Huang's mother, Pu Wenqing, has urged authorities to transfer him to a hospital to receive treatment for his limited kidney function and severe weight loss, among other ailments. Pu spoke to The Washington Post on Monday, telling the paper she has been kept under house arrest with guards both inside and outside her home.

Numerous Chinese dissidents have fallen gravely ill during their imprisonment. Nobel Peace laureate Liu Xiaobo was serving an 11-year sentence for "inciting subversion of state power" when he died of liver cancer two years ago.