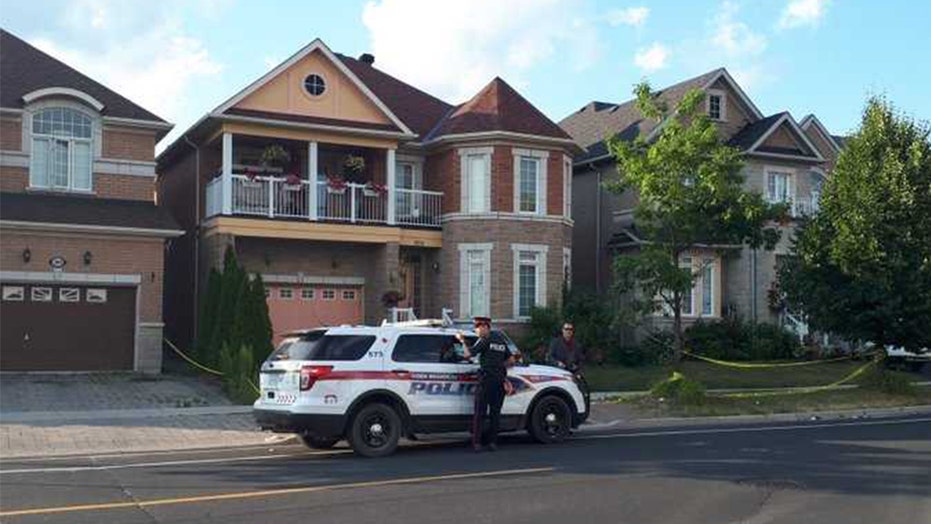 A Canada man accused of killing four people allegedly told gaming pals that he "slaughtered" his entire family because he didn't want them to know he was a "pathetic subhuman," reports claim.

Menhaz Zaman was arrested Sunday after the bodies of three adult women and one man were found in a home in Markham, north of Toronto, by York Regional Police. The victims haven’t been identified.

“I've just slaughtered my entire family, and will most likely spend life in jail if i manage to survive," Zaman allegedly told users on the online gaming forum Discord, according to CBC News.

"i wanted them to die so that they didn't suffer knowing how much of a pathetic subhuman i was. its all very selfish," he continued, using the user name "Menhaz."

Zaman also allegedly posted, “For three years Ive (sic) been telling my parents i go to uni, when actually I was just hanging out at the mall four days a week,” the Toronto Star reported.

Home in Markham, Canada, north of Toronto, where four bodies were found Sunday. Menhas Zaman, 23, has been charged with four counts of murder. (York Regional Police)

“I don’t want my parents to feel the shame of having a son like me," he added.

When asked for proof of the deaths, the user with the name "Menhaz" allegedly posted photos of four victims inside the house after their deaths, Global News reported.

Ammara Riaz told the Star she saw Zaman helping his parents all the time when she lived with them as a tenant.

She said those living in the house with Zaman were his parents, his sister and his grandmother.

“He was such a nice, quiet calm guy,” Riaz told the paper.