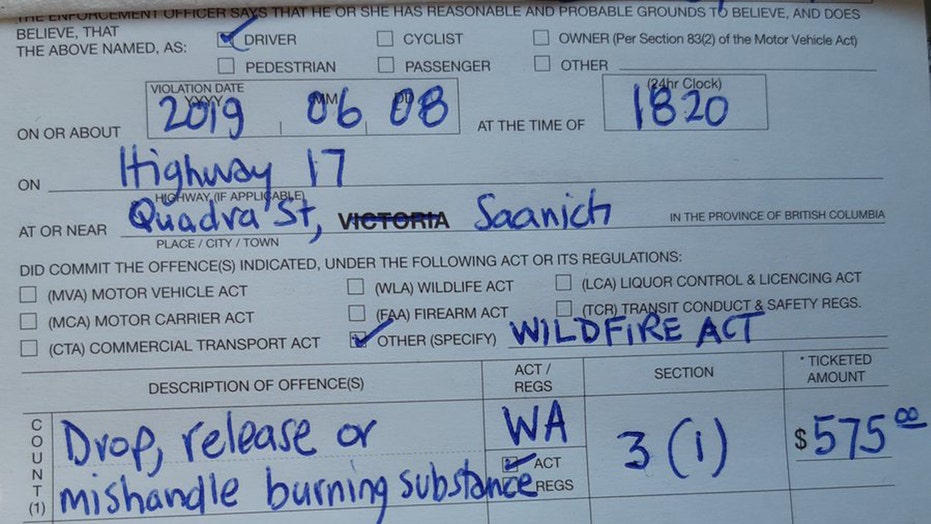 Canadian police are cracking down on drivers this month as officers hand out tickets with hefty fines to careless motorists.

Victoria Police Chief Del Manak stopped a car on Highway 17 near Quadra St. in Saanich at around 6:20 p.m. Friday after the driver reportedly tossed a lit cigarette out his window in front of Manak’s patrol unit.

When asked why, the driver told Manak “I didn’t want my car to burn.”

The officer warned the unidentified man not to “smoke in your car”, also slapping him with a $575 ticket, around $432 USD.

“575 reasons to not throw your lit cigarette out the car window in front of @vicpdcanafa,” Manak wrote on Twitter.

The driver’s excuse? “Too many hot wings & needed a bathroom,” police wrote on Twitter.

“Absolutely #noexcuses for that kind of speed.”

Another driver traveling south on Perimeter Highway Monday was fined $1,769, about $1,330 USD, after he was clocked in at 111 mph.

The Royal Canadian Mounted Police said this 21-year-old motorist was also driving with a suspended license.