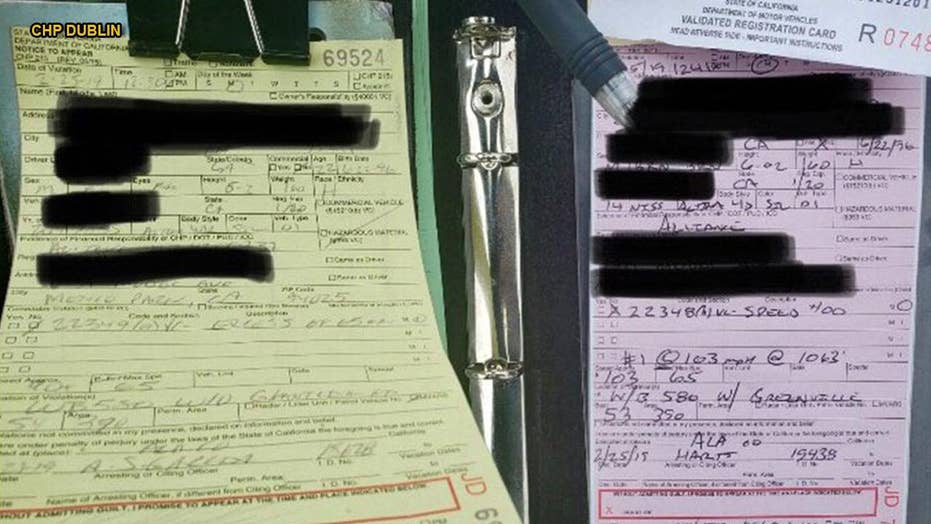 A driver in California managed to rack up almost $1000 in fines, after being caught speeding twice within 11 minutes. The driver was originally stopped by members of the California Highway Partol on Interstate Highway 580 at 12:30pm for driving at more than 90mph. 11 minutes later, the same car was pulled over by a different officer going 103mph. According to CHP Officer Tyler Hahn, 'That was an expensive 11 minutes.'

A driver on Interstate Highway 580 in the East Bay managed to rack up about $1,000 in traffic fines Monday afternoon with two speeding tickets in 11 minutes, a California Highway Patrol spokesman said.

The CHP first stopped the driver of a 2014 Nissan Altima at 12:30 p.m. for traveling 90-plus mph on westbound Highway 580 near Grant Line Road and the Altamont Pass, according to CHP Officer Tyler Hahn.

The same car was pulled over by a different officer 11 minutes later near Greenville Road in Livermore for going 103 mph, Hahn said.

The CHP tells drivers to slow down after handing out speeding tickets -- not to speed up, Hahn said.

"That was an expensive 11 minutes," Hahn said.

This story originally appeared on KTVU.com