Griff Jenkins takes us inside the hotel where an American tourist died.

The news of his death, first reported by TMZ and confirmed to Fox News by Emily Burke, who is Barbara Corcoran's assistant, comes as the popular Caribbean vacation spot is making worldwide headlines because of a rash of deaths of U.S. tourists – many of whom became suddenly and critically ill at their hotels – that are being called puzzling and suspicious by the relatives of most of them.

"John Corcoran passed away at the end of April in the DR from what is believed to be natural causes," Burke said in a statement to Fox News. "He loved and frequently visited the Dominican Republic. Barbara would like to respect the privacy of his children and is not releasing any other information at this time."

In a statement released on her Instagram account Thursday, Corcoran said her brother had an "existing heart condition and we believe he died of natural causes".

Corcoran earlier told TMZ that her brother, who lived in New Jersey, where they grew up, had gone to the Dominican Republic with a friend on what was his annual vacation. Corcoran said the friend, who was sharing the suite with her brother, found his body.

It was unclear at which hotel Corcoran was staying.

The U.S. State Department told Fox News: "We can confirm the death of a U.S. citizen in April 2019 in the Dominican Republic. We offer our sincerest condolences to the family for their loss.  Out of respect for the family during this difficult time, we do not have additional information to provide."

The news of his death comes as teams of experts and inspectors from several international agencies, including the Centers for Disease Control and Prevention, conduct tests at the Bahia Principe properties where some of U.S. tourists died. It was unclear whether they inspected other resorts. The FBI confirmed to Fox News on Friday it was assisting Dominican authorities in investigating the deaths. The testing and the FBI's involvement marked the first public indications that officials in the U.S. and the Dominican Republic have considered the possibility of something other than natural causes.

The deaths have baffled people around the world because, among other things, they involved tourists whose families and friends described them as relatively healthy, and exhibiting no signs of illness before they fell sick. Dominican authorities cited nearly identical conditions, including pulmonary edema – where the lungs fill with fluid – for several of them. Some of the deceased who were said to have died of heart attacks had not displayed symptoms or had a heart condition, according to their families. 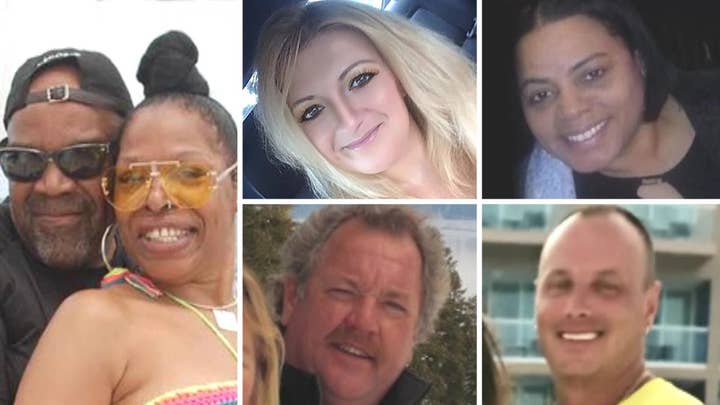 Also, some of the tourists consumed a beverage from the room minibar before becoming suddenly ill. Scores of people who traveled to the Dominican Republic in recent years have reached out to Fox News with accounts of having fallen ill after having a beverage from their room minibar or buying one elsewhere in their resort. Others have described having gotten severely sick after smelling what seemed to be strong chemicals that they thought might have been insecticide or pesticides. 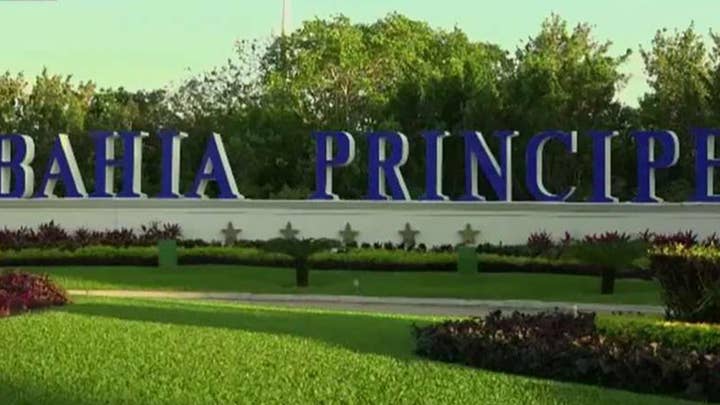 One of the most puzzling cases remains the deaths of an engaged couple, Edward Holmes and Cynthia Day of Maryland, who were found dead in their room on May 30 by a resort employee. Prior to their death, they had posted photos on social media saying they were enjoying their vacation. They were diagnosed as having had pulmonary edema, among other conditions. Their bodies were flown back to the United States this week. An attorney representing them has vowed to have an autopsy conducted in the United States.

Five days before Holmes and Day were found dead, a Pennsylvania psychotherapist, Miranda Schaup-Werner, died in an adjacent hotel owned by the same luxury five-star Bahia Principe resort group. Her husband said that his wife, 41, collapsed after having the minibar drink at the Luxury Bahia Principe Bouganville. Dominican authorities said she died of a heart attack, though her family said she was healthy.

On Sunday, Fox News learned that a California man, Robert Bell Wallace, died in his room in April after he fell critically ill at the all-inclusive Hard Rock resort in Punta Cana.

Many U.S. travelers have canceled, or tried to cancel, reservations for Dominican Republic vacations. The Daily Mail reported that Manchester United defender Marcos Rojo decided to "flee" the Hard Rock resort, where he was staying with his family, after learning about Wallace's death.

"He is just being cautious," the news outlet quoted an unidentified friend as saying. "He doesn't wish to take any chances."

In recent days, the family of a Pennsylvania woman who was vacationing in the Dominican Republic last year said she died in her room at the Bahia Principe Resort in Punta Cana after she had a drink from the minibar. Relatives of Yvette Monique Sport, 51, told Fox 29 Philadelphia she was visiting the popular tourist spot last June, had a drink, later went to bed, and never woke up. Her death certificate said her official cause of death was a heart attack.

“It’s a complete fabrication,” Felecia Nieves, Sport's sister, said, “that you could have as many people and they all have the same cookie-cutter outcome. It’s impossible.”

Nieves said she planned to reach out to other families and press for answers.