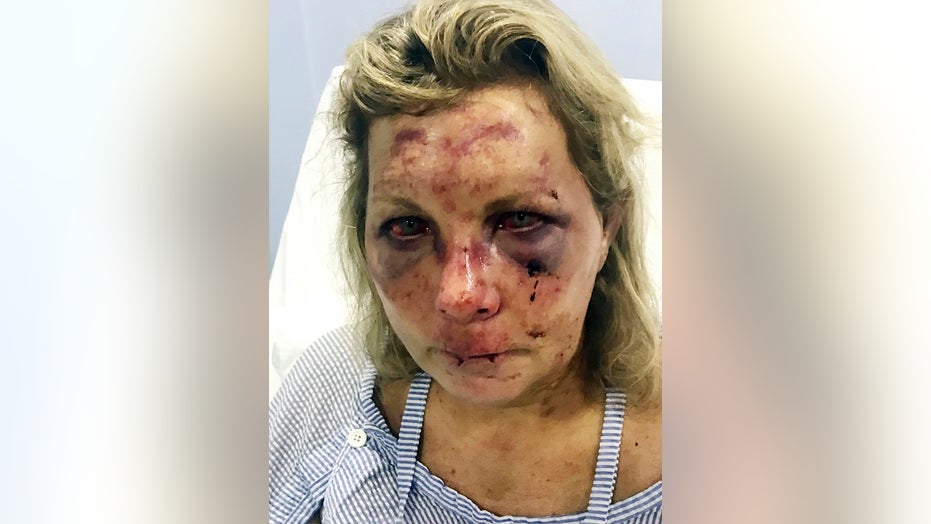 A Dominican Republic resort has been accused of attempting to blame the victim by a lawyer for a Delaware woman who says she was brutally attacked there in January, according to reports.

The lawyer for Tammy Lawrence-Daley issued a statement Friday in response to the Majestic Elegance Punta Cana resort, which accused her client of going public with her allegations after an attempted $2.2 million shakedown, People reported.

The statement asserted that the woman and her attorneys “feel confident that viewers and the public can see that the hotel’s attempt to blame the victim in this case is their last plea to avoid taking responsibility for their failures.”

The statement also said that, at time of the assault, hotel cameras were not operable and the hotel delayed a search for the woman while she lay in an underground piped area filled with inches of wastewater for the next eight hours, People reported.

DOMINICAN RESORT CLAIMS US TOURIST WENT PUBLIC WITH ASSAULT ALLEGATION AFTER IT REFUSED HER DEMAND FOR $2.2 MILLION

“The resort and its parent company are well off and protected by insurance but still refuse to assist Mrs. Lawrence Daley after the tragedy that fell upon her at their resort,” the statement said, according to People. “At only first glance, based on the [resort’s] unwillingness to protect their customer, Mrs. Lawrence Daley and her attorney would urge travelers to hesitate or refrain from staying at the Majestic Elegance or its sister resorts until the resort takes such action to protect and respect its customer.”

The resort did not immediately respond to a request for comment, according to People. NBC 10 Philadelphia identified the lawyer as Victoria Katz, reporting that she had been recently retained.

Lawrence-Daley, 51, of Wilmington, claimed in a Facebook post in May that she was left for dead after being beaten by a man in a resort uniform. She posted photos of her bruised and swollen face.

The hotel denied the allegations Wednesday and accused Lawrence-Daley of writing the post after her demand for $2.2 million in compensation was ignored.

“After receiving no positive response, she disclosed her version of the case, four months after it happened,” the resort said.

Police in the Dominican Republic are conducting an investigation.

"There is a lot of conjecture about the case, a lot of information that doesn't match some of the statements," police spokesman Col. Frank Durán told the Associated Press last week. "We have to wait for the investigation to end."