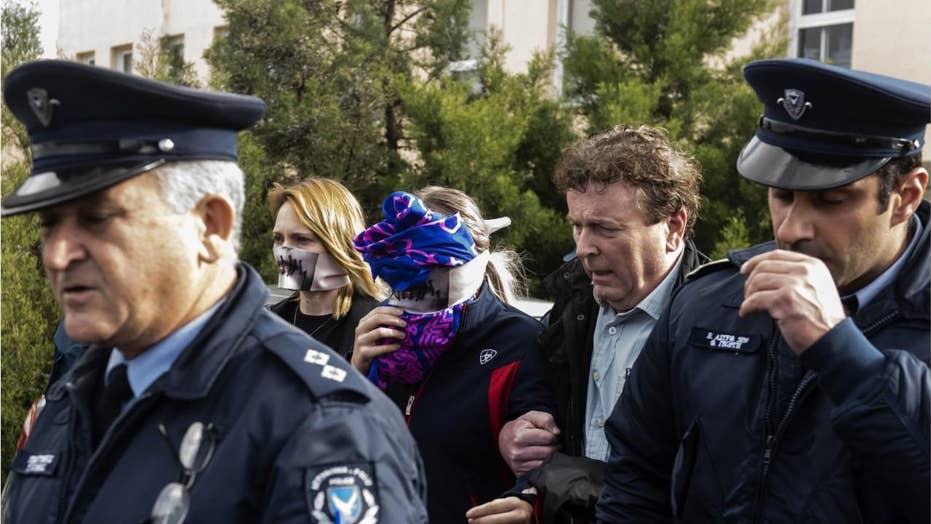 A 19-year-old woman was convicted on a charge of causing public mischief after prosecutors proved she lied about being gang raped in the Cyprus resort town, Ayia Napa. The young teen could serve a year in prison. Her sentencing is scheduled for early January.

A 19-year-old British woman who had accused a dozen young Israelis of gang-raping her at a hotel in Cyprus is now facing up to a year in prison after a court found her guilty of lying about the entire ordeal.

The woman, who was convicted Monday on a charge of causing public mischief, could also face a $2,000 fine, according to the BBC. But she is now arguing that police in the island country coerced her into making a false confession — a claim they are pushing back against.

Her lawyers plan to appeal the verdict, telling the BBC that the court violated European human rights laws by basing their conviction in part on a retraction statement the woman gave while she had no attorney present.

A 19-year-old British woman, center, covers her face as she leaves from the Famagusta court after her trial, in Paralimni, Cyprus, on Monday. (AP)

The legal saga began in July when the woman alleged that 12 young Israelis gang-raped her at a hotel in Ayia Napa, a resort town in Cyprus. Her mother told the BBC last month that her daughter was visiting the country for work and started suffering from post-traumatic stress disorder following the alleged incident.

During the investigation, police in Cyprus arrested all of the men accused in the attack – but they later were released and allowed to return home.

Prosecutors reportedly told the court that 10 days after the woman made the gang-rape claims, she willingly wrote and signed a statement retracting them.

The judge presiding over the case said the woman initially falsely reported being raped because she was “embarrassed” that some of the men had used their phones to record her having sex, according to the BBC.

Yet her lawyers said the videos show her having consensual sex with one individual from the group while telling others who were trying to enter her room to leave, the station adds.

The woman was arrested and spent around a month in prison prior to the start of the trial, before being released on bail.

She has not been allowed to leave the island since and her family spent Christmas there with her, the BBC reports. Her sentencing is scheduled for early January.