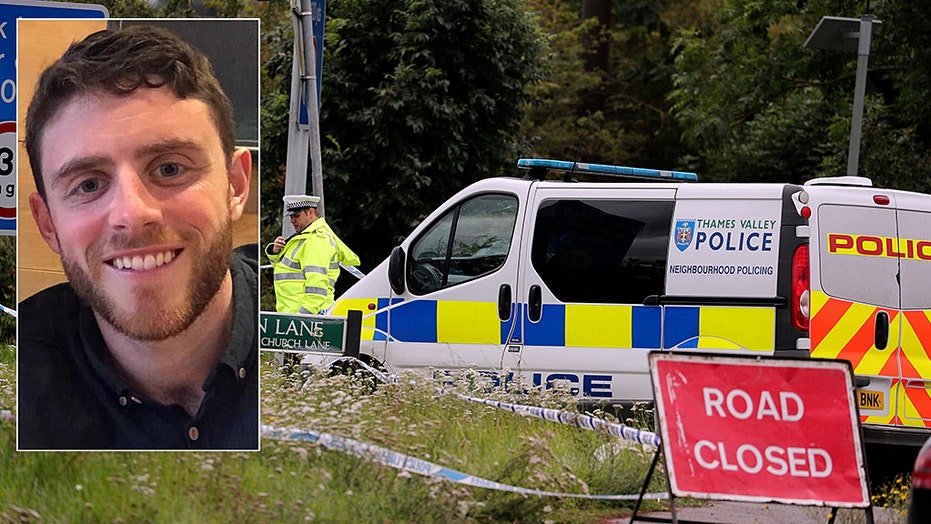 A 13-year-old boy is among 10 people arrested after a police officer in the U.K. was murdered while responding to a reported burglary.

Prime Minister Boris Johnson said he was "deeply shocked and appalled" by Harper's death, and said his thoughts were with the officer's family, friends and colleagues.

"It is the most powerful reminder that police officers up and down the country put themselves at risk every single day to keep us safe," Johnson said. "They have my absolute support."

Thames Valley Police Chief Constable John Campbell said Harper was out of his patrol car when he was “dragged along by a vehicle.”

A police investigator at the scene of an incident where a police officer was killed, near Sulhamstead, England, Friday. (Steve Parsons/PA via AP)

Details of the people arrested were not released aside from their age.

“Those arrested are all male and aged between 13 and 30,” said Detective Chief Inspector Stuart Blaik.

Harper had only married four weeks ago, according to police. He and his wife Lissie had been due to go on their honeymoon in a few days, according to the Daily Telegraph.

"Just a really horrible day,” his grandmother Maureen Shrimpton said on Facebook. “Our grandson Andrew was killed last night while doing his police work. So proud of him. Our love goes to his lovely wife, mum and dad, brother and all of his family and friends."

Harper is the first police officer to be killed in incidents involving criminal suspects in England in two years. The most recent was Police Constable Keith Palmer, who was fatally stabbed in the 2017 terrorist attack on Westminster Bridge and Parliament.

The attack on Harper is the third time this month a police officer has been seriously hurt in the line of duty. London Police Constable Stuart Outten was stabbed in the head with a machete on August 8, but managed to recover and tase the assailant.