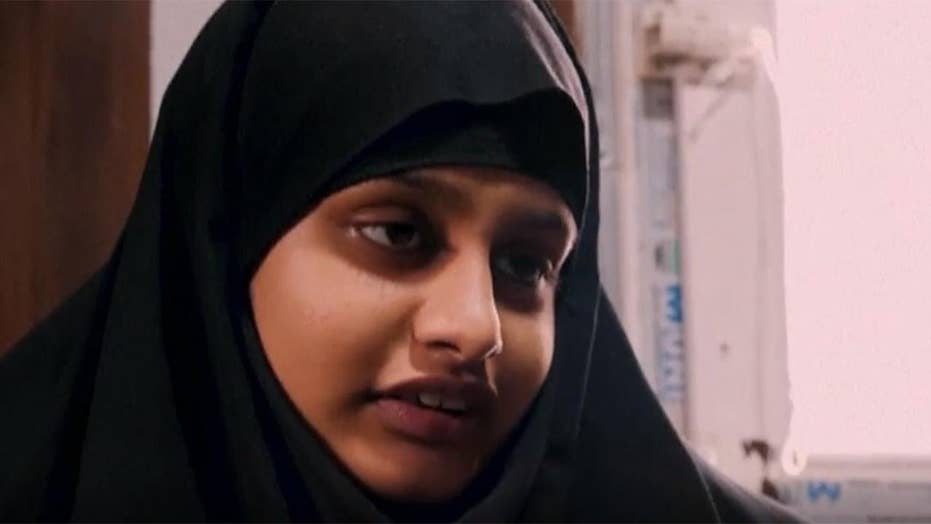 ISIS bride Shamima Begum says she should be allowed back to Britain because her baby is sick and she won't leave without him.

The 19-year-old claims she is "willing to change" her ways while pleading for "mercy" from Britain and says newborn son Jerah is sick.

Asked by Sky News in Syria if she would be prepared to let her son go to the U.K. she replied: "No".

She nodded her head when asked if the boy would stay with her at the camp for ISIS brides.

In a message to British politicians, the teen said: "I would like them to re-evaluate my case with a bit more mercy in their heart, you know."

ISIS WIFE FROM ALABAMA WILL NOT BE ADMITTED TO THE US, POMPEO SAYS

When asked if she could be rehabilitated following her time with the terror group, she replied: "I am willing to change."

The young mother also said she has no desire to go to Bangladesh - who don't want her anyway.

She said: "I don't have anything there, another language, I have never even seen the place, I don't know why people are offering that to me."