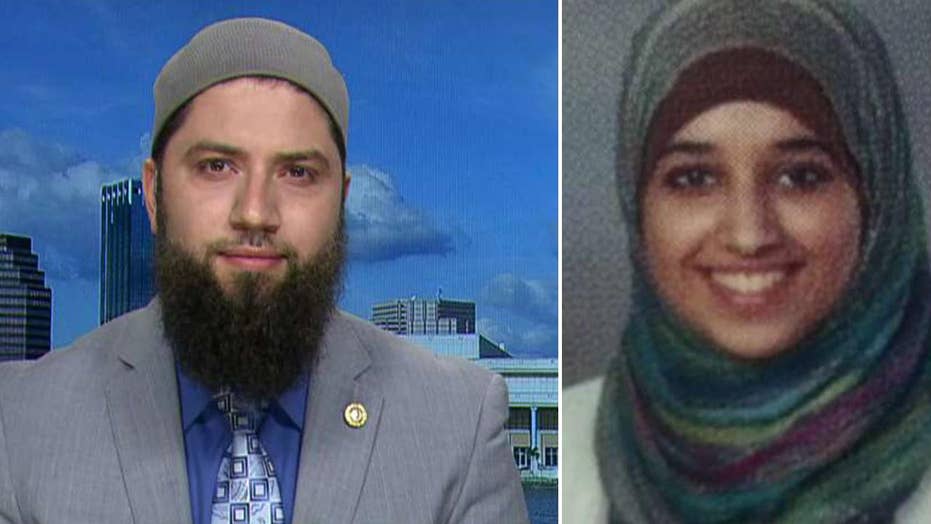 Hoda Muthana should return to the US to be held accountable, testify on the evils of ISIS: family lawyer

The lawyer for the family of the Alabama woman turned ISIS wife in Syria tells 'America's Newsroom' that Hoda Muthana is a U.S. citizen who wants to face the American legal system and pay her debt to society.

I had a column in the New York Post Wednesday about the so-called “ISIS bride,” Hoda Muthana, who is detained in a Syrian refugee camp and now pleading to come back home to her family in Alabama. I argued that, despite the fact that she has treasonously waged war against our country, she had a right to be readmitted if she tried to enter because she was – according to the facts available at the time – a natural-born American citizen.

Now Secretary of State Mike Pompeo has announced that Muthana will not be allowed to reenter the U.S. because she is not an American citizen: While born in America, she was the daughter of a diplomat and thus not subject to the jurisdiction of the U.S. As the secretary put it in his statement, “Ms. Hoda Muthana is not a U.S. citizen and will not be admitted into the United States. She does not have any legal basis, no valid U.S. passport, no right to a passport, nor any visa to travel to the United States.”

This conclusion is disputed by Muthana’s family and allies, and they may have a case. I would strongly urge the Justice Department to file an indictment against Muthana for treason, material support to terrorism, and any other readily provable offenses. She is less likely to press the issues of citizenship and right to enter if she understands that she faces prosecution and, very likely, lengthy imprisonment if she succeeds in coming here.

But it’s worth taking a closer look at the citizenship question itself. To my mind, the concept of citizenship implies not just the benefits of being a full-fledged member of the body politic, but also a duty of fealty to the nation. In a rational world, then, a citizen who made war against the United States would be stripped of citizenship.

Alas, that is not the law. As I related in the Post column, Supreme Court precedent holds that natural-born citizens may not have their citizenship revoked without their consent. (This is in contrast to naturalized citizens, who may have their citizenship revoked if they join a subversive organization within five years of being naturalized, but this is not relevant to Muthana’s case).