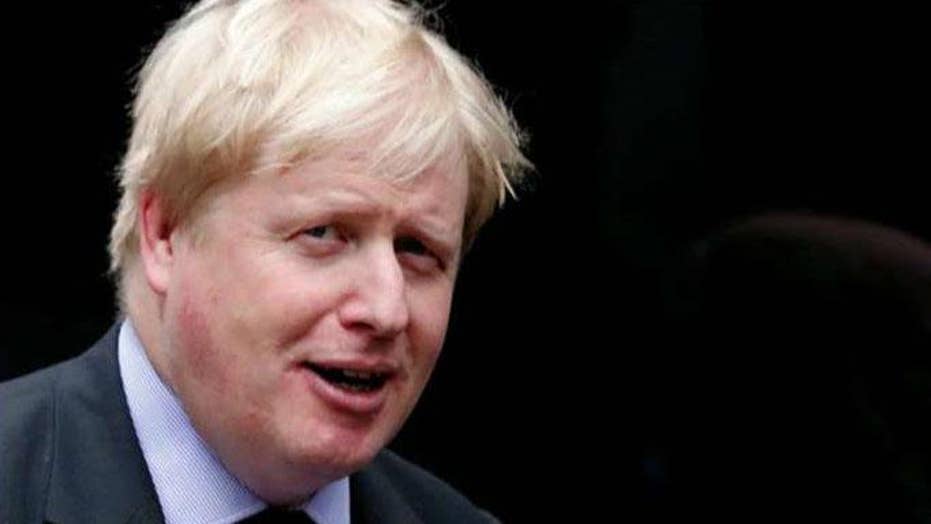 British Prime Minister Boris Johnson's bid for a new Brexit vote was shot down Monday by the speaker of the House of Commons, the latest blow in the prime minister's uphill trudge to carry out the results of the three-year-old vote that authorized Britain's exit from the European Union.

Speaker John Bercow said the vote Johnson's government wants is "in substance the same" as a vote held on Saturday, and, therefore, breaches Parliament's rules. Bercow said it would be "repetitive and disorderly" to allow a new vote Monday.

Johnson on Thursday struck a deal with the 27 other countries in the EU that he described as a "great new deal that takes back control." But lawmakers, who've largely frustrated Brexit efforts by Johnson and former Prime Minister Theresa May, voted on Saturday to delay their backing for the new agreement until the legislation needed to implement it has been passed.

The government plans to introduce its key Brexit bill later in the day Monday, with lawmakers holding a first round of debates and votes on Tuesday. Johnson still hopes to get the bill approved by Parliament before Oct. 31, the date he promised Britain would leave the EU.

The deal must be formally approved by the bloc and ratified by the European and British Parliament, which could be easier said than done. The U.K. Parliament had already rejected a previous deal three times, votes which eventually cost May her job.

It's unclear whether the British government has either the votes or the time to meet the approaching Brexit deadline.

Johnson will need all the support he can get to push any deal through Parliament. The key hurdle to a Brexit deal has been finding a way to keep goods and people flowing freely across the border between Ireland, an EU member, and Northern Ireland, which is part of the U.K. That invisible, open border has underpinned the region's peace accord and allowed the economies of both Ireland and Northern Ireland to grow.