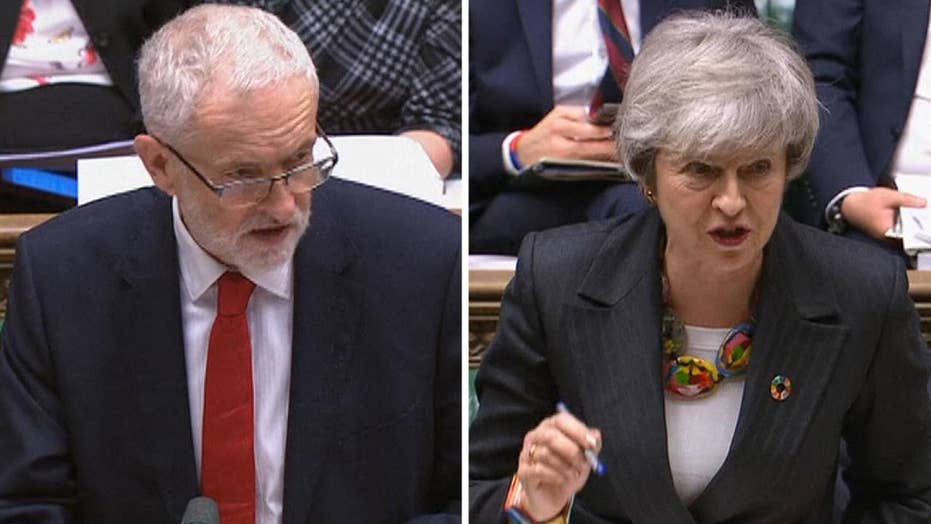 Britsh Prime Minister Theresa May says the Brexit vote must not be frustrated as she scrambles to win concessions from the European Union ahead of a potentially "disastrous" no-deal divorce from the bloc.

May on Sunday promised to offer lawmakers a chance to vote on her Brexit deal no later than March 12 as she warned that the "worst thing" U.K. politicians could do is to lose their focus on delivering a divorce from the European Union.

“It is still within our grasp to leave the European Union with a deal on the 29th of March and that is what we are working to do," she told reporters on her way to Egypt for an EU-Arab League summit. She's expected to meet with European Council President Donald Tusk and other EU officials in Egypt.

When the British Parliament voted 432-202 against her deal in January, one of the worst defeats in modern British history, the embattled prime minister said she would seek changes to the agreement and give lawmakers a final say, while also avoiding a no-deal that cabinet members say would be "disastrous."

A few days before she left for Egypt, several members of May's cabinet split with the government and said they would side with opposition parties to stop a no-deal Brexit.

When he was asked whether this would be the week Labour comes out in support of a second referendum, the party’s deputy leader, Tom Watson, told BBC TV: “It might be ... We are getting closer to that point.”

In a January report, the World Bank warned that a no-deal Brexit is a risk to the U.K., Europe and any other countries that trade heavily with them. According to Politico, the World Bank said that disorder in financial markets in various countries could negatively impact economic activity, leading to "contagion effects."