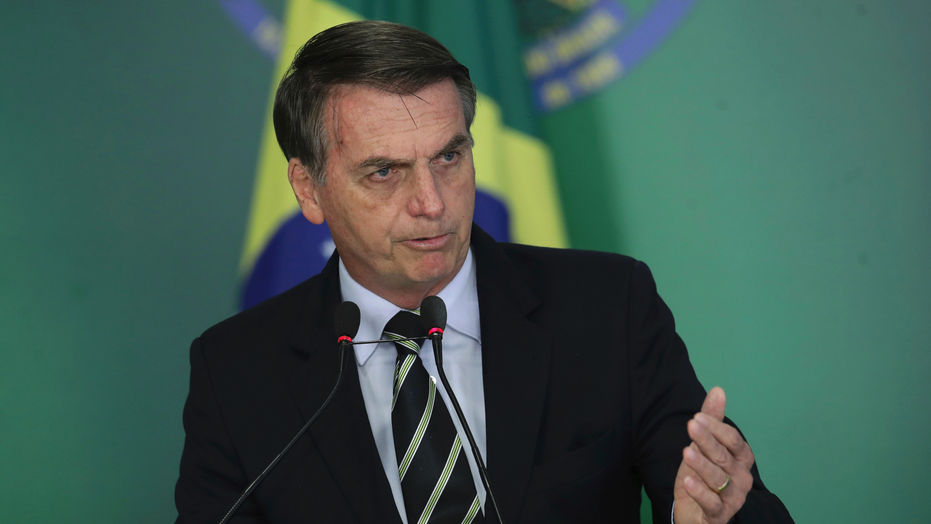 A member of Brazil’s Air Force who was set to join President Jair Bolsonaro on his trip to Japan for this week’s G20 summit was arrested Tuesday after Spanish police found 86 pounds of cocaine in his luggage, officials said.

An Aeronautics sergeant aboard the VC-2 Embraer 190 military aircraft that landed in Seville, Spain on Tuesday was arrested for allegedly transporting a large number of narcotics after departing from Brazil on “a mission to support the presidential trip,” the Brazilian Air Force said in a statement.

The man, identified as Sgt. Manoel Silva Rodrigues, was en route to Osaka when a scheduled stop Spain led authorities to recover the 37 bundles of cocaine hidden inside his personal luggage, The New York Times reported.

While Air Force officials said Rodrigues “would not integrate at any time with the crew of the presidential aircraft,”  Reuters reported that the airman had been assigned to stay in Spain and set off on the president’s plane for the final leg of his return trip following the summit.

Vice President Hamilton Mourao called the suspect a “mule” after officers determined there was approximately 86 pounds of the drug hidden in three pieces of luggage.

“Obviously, given the quantity of the drug he was carrying, he didn’t buy it on the corner and bring it, right? He was working as a mule. A well-qualified mule, so to speak.”

President Bolsonaro tweeted about the incident on Wednesday, calling it “unacceptable” and supporting calls for an investigation and “severe punishment.”

“Although it was unrelated to my team, yesterday's episode, which occurred in Spain, is unacceptable,” a translation of the tweet read. “I demanded an immediate investigation and severe punishment for the person responsible for the narcotic material found on the FAB plane. We will not tolerate size disrespect to our country!”

The suspect remains under the custody of Spanish authorities.