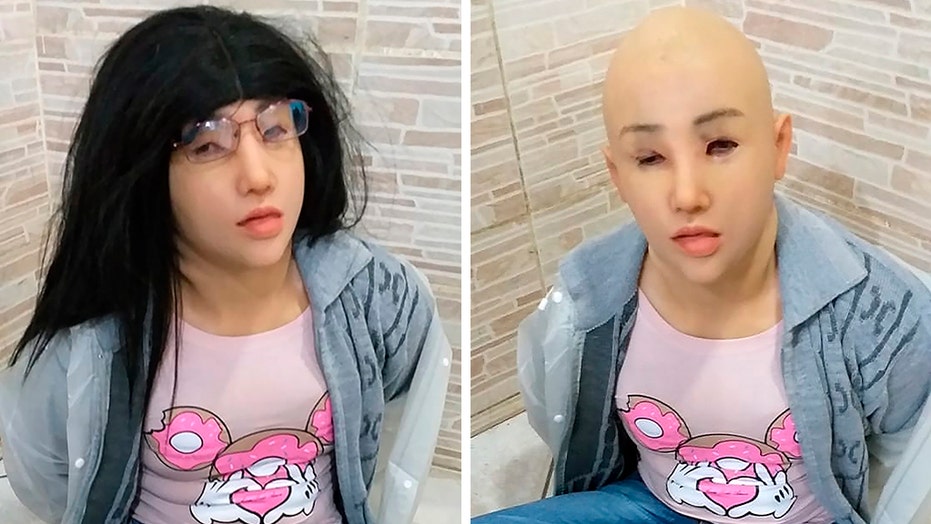 A Brazilian gang leader whose failed prison escape attempt made headlines around the world when he dressed up as his daughter was found dead in his jail cell Tuesday.

Authorities found convicted drug dealer Clauvino da Silva, 42, hanged in Rio de Janeiro. He was serving a sentence of 73 years and 10 months in solitary confinement on counts of drug trafficking, the BBC reports.

Silva, also known as Baixinho or “Shorty,” attempted to escape prison Saturday when his 19-year-old daughter visited him for the day. During her visit, she stayed in his cell while he tried to make his escape by dressing up as her, donning a pink T-shirt, a black wig, silicon mask and tight jeans to conceal his identity.

His disguise failed, however, when prison guards noticed something was awry.

As he made his way toward the penitentiary’s main door, his air of nervousness gave him away. Once apprehended, prison officials forced him to strip in front of cameras and reveal himself.

After his failed escape, Silva was transferred to a maximum-security prison.

Silva was part of the leadership of the Red Command, one of Brazil’s most powerful criminal organizations based in Rio that controls a majority of the country’s drug trafficking. The gang is Brazil’s oldest criminal group and took lead as the largest drug organization when it partnered with Colombian drug cartels in the 1980s.

Silva had made a previous prison escape in 2013 when he, along with at least 30 other prisoners, fled a prison facility in Gericin by digging a 15-foot tunnel to a sewer system. Four of the prisoners were apprehended but Silva was among 27 others who succeeded. He was arrested a month later.