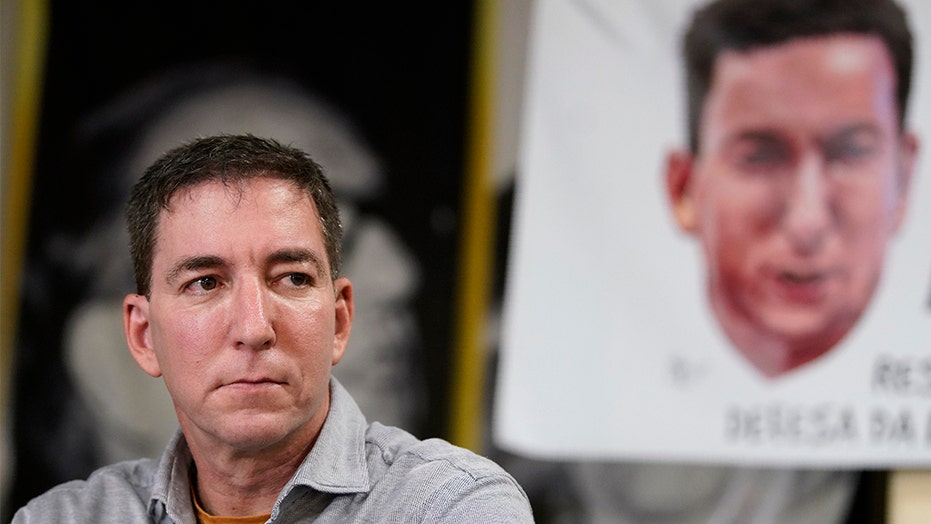 Greenwald, a co-founding editor of The Intercept, has been in Brazil publishing a series of stories on corruption in the country.

On Monday, Bolsonaro accused Greenwald of committing a crime and alleged he is aligning himself with criminal hackers who exposed phone conversations of the country's justice minister from when he was a judge. The president also alluded that jail time could be possible when he was asked whether Greenwald might be kicked out of the country under Brazil's new deportation rules.

"Maybe he will be imprisoned here in Brazil," Bolsonaro said, noting that Greenwald was not likely to be deported due to the fact he is married to a Brazilian and he and his husband have adopted children together.

"Contrary to what the president says, he is not (yet) a dictator," Greenwald responded on Twitter. "He doesn’t have the power to order people to stop. To detain someone, you need to present evidence to a court showing that a crime was committed. That evidence does not exist."

Bolsonero's remarks triggered an outpouring of support for Greenwald from Brazilians.

Actor Wagner Moura, who starred in the Netflix show "Narcos," and singer-composer Chico Buarque, among others, attended a Brazilian press association meeting Tuesday night in Rio de Janeiro where Greenwald spoke to defend the freedom of the press. There were also people rallying outside of the event and a group marching to show support for Greenwald in Sao Paulo.

On Twitter, Greenwald shared videos of support from Fox News' Tucker Carlson and the Washington Post's executive editor, who called for the freedom of the press in Brazil.

The Intercept's reports from Brazil are leading to questions about whether Justice Minister Sergio Moro, a leading member of the president's cabinet, improperly collaborated with prosecutors when he was a judge overseeing an anti-corruption probe called "Operation Car Wash."