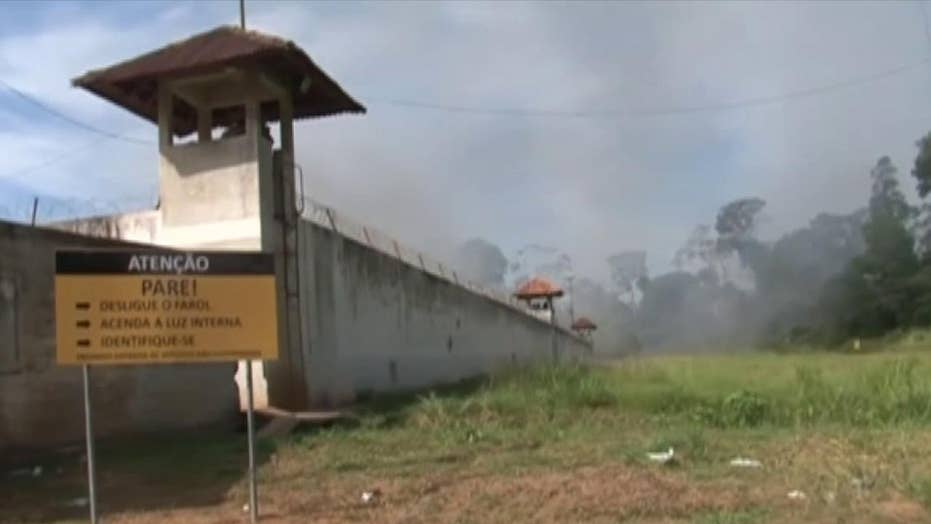 Brazilian authorities investigating the deadly jail riot that left 58 dead on Monday said that four other inmates believed to have been involved in the clashes between prison gangs have died while being transported to a different location.

The Para state public security office said the four inmates were discovered when the prison vehicle they were traveling in arrived in the town of Maraba on Wednesday. They said all four died of asphyxiation.

Authorities said the four inmates - who were believed to be from the same gang - were among 46 who were being sent to safer lockups, including stricter federal ones. The vehicle had four compartments and was carrying 30 handcuffed inmates.

State officials said clashes erupted in Altamira early Monday when the local Comando Classe A gang attacked a wing of the prison holding members of the rival Comando Vermelho, or Red Command. Comando Classe A members allegedly set fire to temporary cells where inmates belonging to Red Command were being held while construction of another wing was underway – most of the victims died of asphyxiation.

Prisoners allegedly involved in the killing of other inmates during a prison riot in Altamira, are led to a waiting vehicle to be transferred to another penitentiary, after arriving at the airport in Belem, Brazil, July 30, 2019. (AP Photo/Raimundo Pacco)

“This is clearly a declaration of war on the Red Command,” said Jean-François Deluchey, a political science professor at the Federal University of Para who specializes in the region.

Authorities have not yet revealed the exact motive for the clash, only confirming that it was a fight between criminal groups. However, several recent prison massacres have been attributed to gangs battling to control drug-trafficking routes in the multibillion-dollar Amazon drug trade.

Many of Brazil’s prisons are plagued with overpopulation as outnumbered guards struggle to maintain control over an ever-growing population of inmates; jailed gang leaders are often able to run their criminal activities from behind bars.

At Altamira, a local judge revealed in a July report that he had counted 343 detainees in a facility authorized for a maximum 163 people.