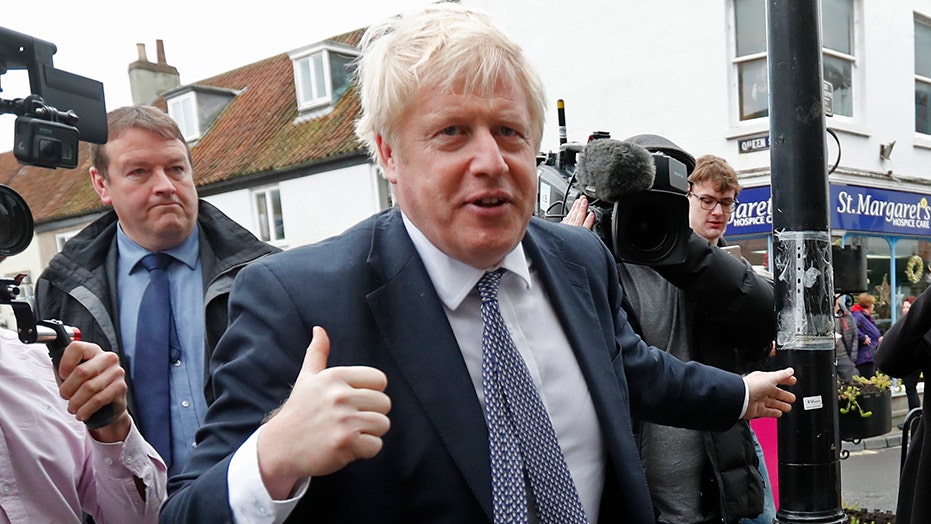 The UK Ministry of Justice confirmed the figure, launching a review after convicted terrorist Usman Khan killed two people in a knife attack at the London Bridge on Friday, following an early release from prison, according to the BBC. The 28-year-old died in the attack. He had previously been jailed after attempting to bomb the London Stock Exchange in 2012.

Johnson says that eliminating early release would have prevented the deadly stabbing.

"I opposed [automatic release] both in 2003 and 2008, and now that I am prime minister I'm going to take steps to make sure that people are not released early when they commit... serious sexual, violent or terrorist offenses," he told the BBC. "I absolutely deplore that fact that this man was out on the streets... and we are going to take action against it."

Johnson said that there are "probably about 74 people" who have been released early after committing serious crimes and said that steps need to be taken after the London Bridge stabbing "to ensure there is no threat to the public."

One of those stabbed by Khan in Friday's attack was named as 25-year-old University of Cambridge graduate, Jack Merritt, who graduated with a bachelor's degree in law in 2016.

His father, David Merritt, said on Twitter that he wishes his son's death won't be used to detain people unnecessarily, adding that Jack was "a beautiful spirit who always took the side of the underdog."

A photograph of the first victim to be named, Jack Merritt, is pictured among floral tributes left close to London Bridge in the City of London, on December 1, 2019, following the November 29 deadly terror incident. - Britain's Boris Johnson said on December 1 the security services were stepping up monitoring of convicted terrorists released early from prison, as the London Bridge attack became embroiled in the election campaign. (Photo by Ben STANSALL / AFP) (Photo by BEN STANSALL/AFP via Getty Images)

"Jack spoke so highly of all the people he worked with & he loved his job," he added.

Dr. Vin Diwakar, medical director for NHS London, told the BBC that a staff member who works at the university was also injured in the attack and two other victims remain at the hospital in stable condition. A third person was released early.

Khan was sentenced to indeterminate detention for "public protection" with a minimum of eight years after the failed bomb attack in 2012, which the outlet says would have kept him in prison beyond the minimum term.

In 2013, the Court of Appeal replaced the sentence with a 16-year fixed term, with Khan serving half in prison. He was eventually released in December 2018 while being subject to an "extensive list of license conditions," Met Police Assistant Commissioner Neil Basu told the BBC.

Those conditions will reportedly be reviewed.

Liberal Democrats deputy leader Ed Davey said on Sunday that he was "alarmed" at Johnson's reaction to the London Bridge attack.

Labour leader Jeremy Corbyn called for an investigation into Khan and said there should be additional funding for mental health services. He also warned against "knee-jerk legislation," adding that the United Kingdom could "pay a price later."

"There has to be an examination of how our prison services work and crucially what happens when they are released from prison," he said.