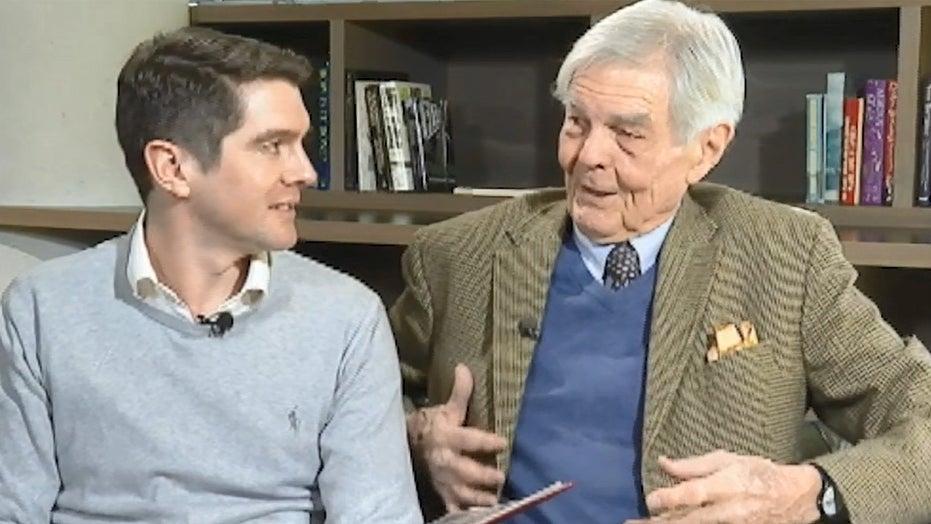 The Battle of Manila 75 years on: My father’s story

Fox News foreign affairs correspondent Benjamin Hall speaks exclusively with his father, Roderick Hall, about his experience during the Battle of Manila in 1945.

As it reached its bloody end 75 years ago, the Battle of Manila – a brutal fight in America’s only colony, the Philippines - left more than 100,000 civilians dead, killed in some of the heaviest urban fighting of World War II.

In the middle of it, my father, Roderick Hall, 12 at the time, was trying to survive.

Born in Manila, he lived through Japanese occupation for three years along with his parents and siblings Ian, Consuelo, and Alaistair. As the war turned against them, the Japanese became increasingly cruel and more violent. In the end, they seemed intent on bringing down everything and everyone with them.

But General MacArthur had promised years earlier to recapture the Philippines after it fell to the Japanese, with his now-famous words – "I shall return" – and he did.

But the Japanese also stayed and fought to the death, rather than withdraw, and an estimated 16,000 of them were killed or killed themselves. They booby-trapped the city, and hid behind civilians.

“Things got worse and worse as the battle started,” my father said. “The whole area was being shelled night and day. There was indiscriminate killing of women and children and men everywhere.”

The family lived under their house, which was on stilts, and simply moved to the garden whenever shelling started. There was nowhere else to go.

US WWII BOMBERS, MISSING FOR 76 YEARS, DISCOVERED IN PACIFIC LAGOON

Benjamin's father Roderick (right) after enrolling in the Army and before deploying to Korea; and his brother Ian (left) (Benjamin Hall)

As U.S. forces began moving into Manila, the Japanese, sensing defeat, began committing some of the worst recorded atrocities in the Pacific theater. There were mass executions, beheadings, infanticide and gang rapes.

One day, Japanese soldiers arrived at the family house. My grandfather had been sent to a Japanese camp a couple of years earlier, along with thousands of Americans and other foreign men and the others there had their hands tied. They pleaded with the Japanese, telling them women and children weren’t a threat. They were untied, but still taken away--marched through the streets to the Masonic temple where they were held.

What happened over the following days is unclear. My father and his siblings were released and for a few days allowed to bring food to the adults -- but one day that stopped, and my father's mother,  grandmother, aunt and uncle, were never seen again, all victims of the Japanese slaughter. Their bodies were never found, though the family searched for months, finding only decomposed bodies left over from massacres. To this day, they still hope for information.

PHILIPPINES - MARCH 1945: Ruins of bombed-out buildings as seen from remains of City Hall, part of the resulting destruction caused by the battles to take back the city from occupying Japanese forces. (The LIFE Picture Collection via Getty Images)

A couple of weeks later, as the Americans moved closer,  my father and his siblings, now alone, made a dash for it, trying to leave the Japanese zone and reach the liberating U.S. GIs.

Running through the bombed-out streets trying to reach safety, my father remembers how another little boy was shot dead just ahead of him by a sniper. They all stopped in their tracks, stunned, but the GIs just ahead of them screamed at them to keep going.

When they reached the American lines, they were met by large canisters of scrambled eggs and hot coffee. They’d reached safety.

The battle ended March 3. The city, once the pearl of the orient, was totally destroyed – shelling and street-to-street fighting left little standing.

But had it not been for the Battle of Manila, the war might have gone on much longer.

The battle was a window into what America would have faced if it invaded Japan and took Tokyo, Osaka and Nagoya by force. It amped up the pressure on the Air Force to bomb Japan into surrender before the planned fall invasion, including the ultimate use of atomic bombs.

Today, the Battle of Manila is key for planners as they consider what urban warfare might be like in megacities in the region.

Nine years later, my father moved to America with his father, who had survived, graduated from Stanford and enrolled in the U.S. Army before serving in Korea. He said he was saved by the American military, and he’s been grateful ever since.

Manila today is a thriving metropolis – a testament to how resilient humans are – but the battle and all those lost should never be forgotten.