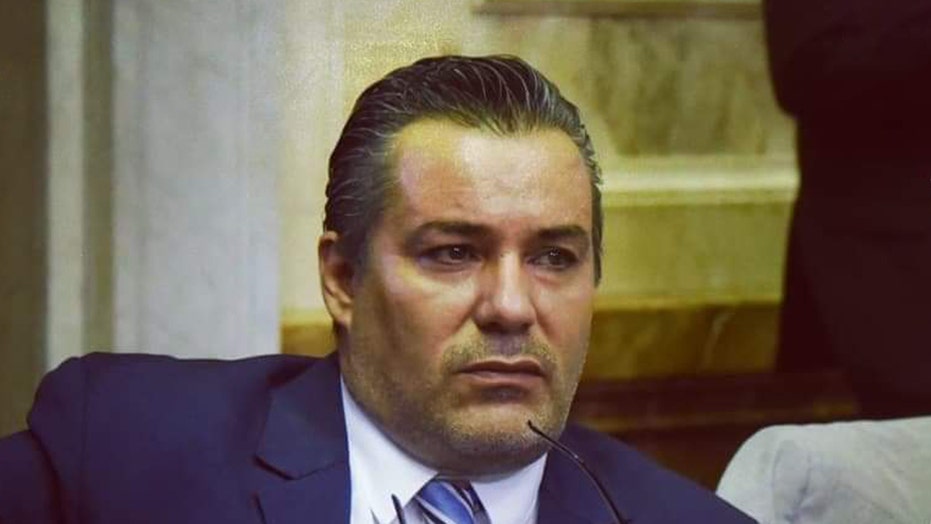 A lawmaker in Argentina seen kissing a woman's breast during a live Zoom meeting of the legislature has been suspended from his post.

Juan Emilio Ameri sparked outrage with his conduct as the video of the incident went viral.

Argentinians have been watching lawmakers hold Congress sessions on Zoom during the coronavirus pandemic but got more than they signed up for Thursday.

The video shows Ameri’s partner sitting on his lap, the Buenos Aries Times reported. Ameri is then seen touching her body, before pulling down her top and kissing her breast.

Juan Emilio Ameri sparked outrage after being seen kissing his wife's breast during a Zoom meeting of the Congress. (Twitter)

Ameri is from the ruling Peronist party and at the time he and his colleagues were debating bills, according to reports.

House president Sergio Massa interrupted the session to report “a serious offense by a deputy.”

“There was a situation that has nothing to do with the normal decorum and operation of this house,” he said and called for the immediate suspension of Ameri and the creation of a five-member commission to expedite his expulsion. The proposals were endorsed.

Ameri, from Salta province, said he did not realize he was still connected.

“It’s not that I was having sex with my wife. It was a 10-second circumstance,” he said. “She came out of the bathroom and I saw her. I told her let’s see how it is because she’d had an implant put in a few days ago.”

He said he was convinced he didn’t have an internet connection but was reconnected automatically.