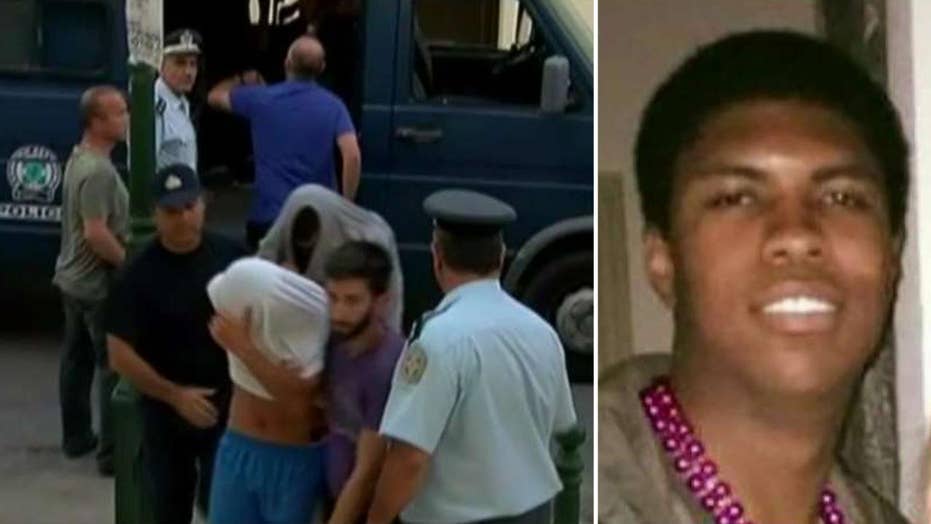 An American on a Greek island vacation after graduating from college was beaten to death by a mob and eight people have been arrested in the case, police said.

He was at a bar with friends. The bar’s location is a tourist section known for frequently rowdy behavior by young foreign tourists, the Associated Press reported.

A Greek barman, 34, and a 32-year-old British bouncer of Serbian origin were arrested Friday, AFP reported.

The beating may have begun with an exchange of words.

A police source said the argument involved someone setting their drink down on a table occupied by a different group, Kathimerini, an English-language Athens news outlet reported.

Outside the bar, a group of Serbian patrons allegedly attacked Henderson, threw him onto the road and started punching and kicking him, the paper reported.

Henderson graduated in May from the University of Arizona with a degree in business administration, KOLD-TV reported.

“As you can imagine, our family is devastated by the recent loss of our beloved son Bakari Jaward Henderson,” his family said in a statement, The Washington Post reported. “Bakari loved spending time with family and friends, traveling, and meeting new people. He was a big thinker and enjoyed coming up with new business ventures. Bakari was an inspiration to all he met. He loved life to the fullest.”

The University of Arizona also issued a statement of condolence to Henderson's family.

”Our hearts and prayers are with his friends and family,” the president of the college Robert C. Robbins said. “I can only imagine the deep sense of loss they must be feeling at his untimely death. It is always a tragedy when a young life ends before it has really yet to begin.”