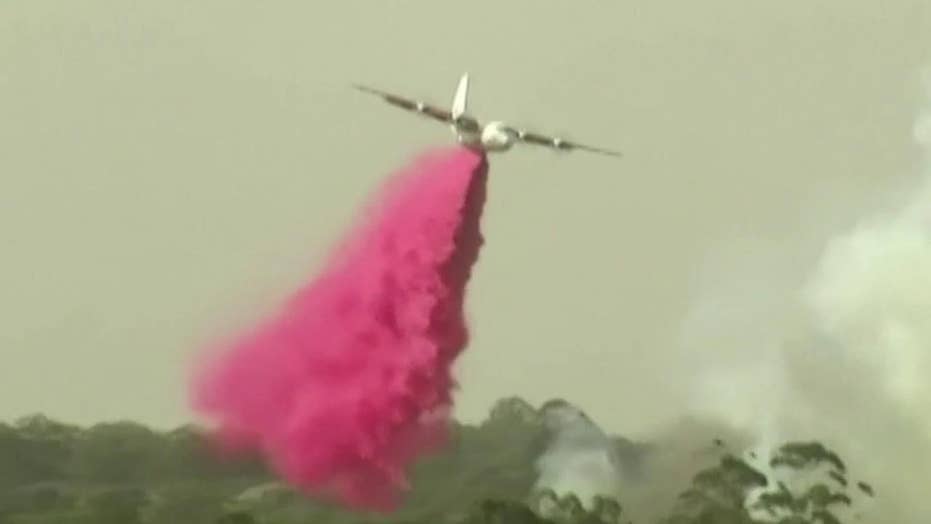 The bodies of two of the three American firefighters killed last month when their C-130 Hercules water tanker plane crashed while battling the raging wildfires in Australia returned home Wednesday.

The bodies of McBeth and Hudson were seen off at Sydney Airport in U.S. flag-draped caskets as mourning relatives and fire trucks with their lights flashing observed the hearses cross the tarmac, Reuters reported.

The remains of Ian McBeth, pictured left, and Paul Clyde Hudson journeyed back to the U.S. on Wednesday. (McBeth Family via AP / Coulson Aviation USA)

DeMorgan will be honored at a ceremony at a military base north of Sydney on Saturday before his remains make the journey home, according to the report.

Rick DeMorgan served in the U.S. Air Force for 24 years and had over 4,000 hours of experience as a flight engineer, with nearly half of those earned in combat situations. (Rick DeMorgan/Courtesy of Virginia DeMorgan via AP)

The trio – all U.S. military veterans – served on a California-based crew for Coulson Aviation USA, a private Canadian company that helps battle fires around the globe.

Wreckage of the tanker was strewn at the crash site near Numeralla, southwest of Sydney. (NSW Police via AP)

The three men were among nearly 150 U.S. firefighters sent to assist in the ongoing battle against the deadly wildfires that have scorched Australia since September.

The blazes have so far killed at least 33 people, including nine firefighters. The fires have also killed over a billion animals, destroyed more than 3,000 homes and torched an area over 40,000 square miles – about the size of Ohio.

The Australian Transport Safety Bureau is investigating the crash, according to the report.