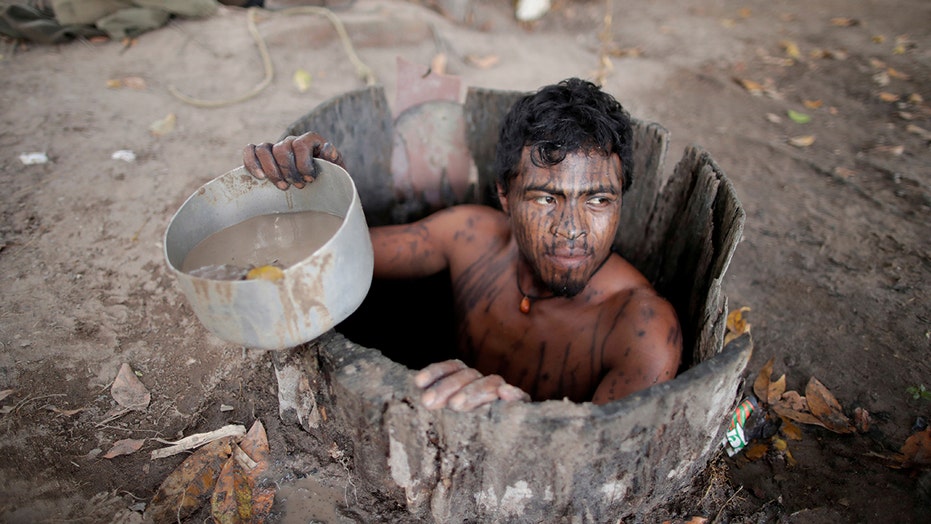 A young indigenous forest guard was shot dead and another was wounded Friday during an ambush by illegal loggers in Brazil's Amazon, according to officials.

Paulo Paulino Guajajara, the leader in a group seeking to protect the Arariboia indigenous reserve from incursions, died after she was shot in the face during the ambush.

The incident happened Friday night in Maranhao, a northeastern state, according to FUNAI, a state agency that represents indigenous interests.

Another guard was wounded in the attack, while one of the illegal loggers involved in the ambush also was killed.

Paulo Paulino Guajajara was hunting on Friday Nov 1 inside the Arariboia reservation in Maranhao state when he was attacked and killed by illegal loggers, according to officials. (REUTERS/Ueslei Marcelino/File Photo)

Federal police will investigate Guajajara's killing in order to "bring those responsible for this crime to justice," Sergio Moro, the justice and public security minister, said Saturday.

An indigenous leader in the area told the Associated Press the forest guards had previously received threats and wore protective vests while on patrol.

"We informed federal agencies of the threats, but they didn't take any action," leader Sonia Guajajara said.

The killing on Friday has increased concerns about violence against Amazon forest protectors.

Non-profit group Survival International, which advocates for isolated communities, said at least three Guardians have previously been killed, along with many of their relatives, the BBC reported.

Other indigenous groups in the Amazon rainforest claim they are increasingly vulnerable to incursions by loggers and cattle ranchers. Fires used to clear land in the Amazon increased sharply in July and August, causing international alarm over a region seen as critical to curbing climate change.

Concern about the rainforest had heightened after Brazilian President Jair Bolsonaro took office this year with calls to loosen protections for nature reserves and indigenous lands.

Bolsonaro says some economic development is necessary in the Amazon region.