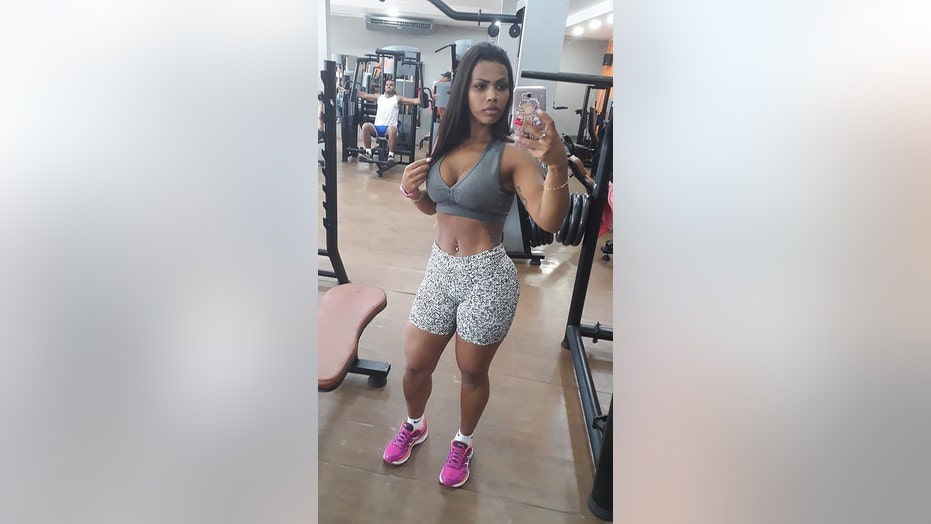 A 26-year-old mother in Brazil said she nearly “paid the price for my vanity with my life” after opting for a cheap butt lift performed by a massage therapist that left her with a massive infection and close to death.

Angela Pedrosa, who spent years of her life in the gym, said the clinic she chose was recommended by a friend. She said she ignored warnings from her family, who “went ballistic,” The Sun reported.

Pedrosa said despite hours in the gym, she wanted the butt lift to perfect her look. (Focus On News Agency)

Last September, Pedrosa said, she had 100 mLs injected into her butt, and returned a month later to receive 200 mLs more.

Within an hour, her mother told The Sun, Pedrosa was dealing with severe pain throughout her body and was rapidly deteriorating. She was rushed to the hospital, where she spent the next two months in “the most awful pain.”

An infection reportedly rotted away her flesh and tissues, and sepsis set in.

She's now dealing with continuing pain and a lopsided butt, which can only be fixed with more surgery. (Focus On News Agency)

“I remember being transferred to another hospital because of my worsening condition and overhearing the ambulance crew telling my mom to pray because I was going into septic shock and close to dying,” she told The Sun. “At that point, I thought about my small children and I begged God not to let me die.”

Surgeons cut away the infection and pumped her full of antibiotics, but the damage has left her with a lopsided butt full of scars. She now faces reconstruction surgery that will involve taking fat from her stomach to reshape her butt.

“I’m terrified that this reconstruction will not work,” she told The Sun, adding that the first step already had several complications.

In May, the American Society of Plastic Surgeons said the Brazilian butt lift procedure using the patient’s own fat to augment and improve the appearance of the buttocks is safe, “only if the injections remain in the subcutaneous tissue.”

Last fall, the British Association of Aesthetic Plastic Surgeons (BAAPS) asked its members to stop performing Brazilian butt lifts until more research on the dangers of the procedure can be done. The warning followed several deaths among U.K. citizens who had sought the procedure.

Pedrosa claims that she was injected with silicone, which led to her infection. The woman allegedly responsible for the botched procedure was arrested and is facing charges.