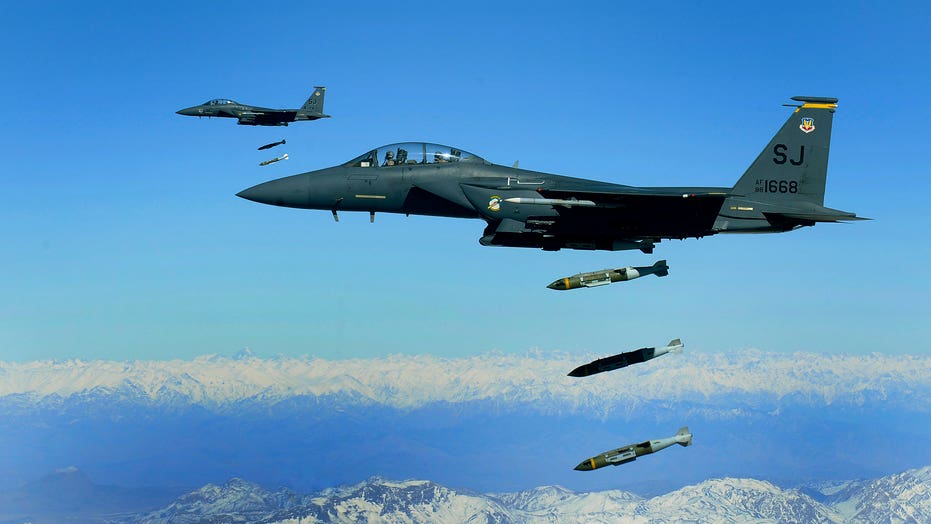 The U.S. dropped more bombs on Afghanistan in September than it has at any point since October 2010, according to the Air Force.

There were 948 weapons released in the Middle Eastern country last month as part of Operation Freedom's Sentinel and international security assistance, the branch said in an unclassified airpower statistics report dated Sept. 30. In October 2010, the Air Force dropped 1,043 munitions, according to a separate data report from March 2013.

Data from the U.S. Air Force Central Command on the number of weapons released in Afghanistan from 2009 to 2013. (U.S. Air Force)

The Air Force in August dropped 783 bombs, which had previously been the most munitions dropped in a month since November 2018, when 841 bombs were deployed.

So far this year, combined forces have conducted more sorties, or attacks, with at least one weapon release than they had since 2012 -- 1,838 sorties compared to 1,974 in 2012, according to the reports.

The U.S. has released 5,431 bombs in both manned missions and drone strikes so far this year, compared to 7,362 munitions last year -- meaning the branch could be on track to match that number or possibly surpass it this year.

Data from the U.S. Air Force Central Command on the number of weapons released in Afghanistan from 2013 to September 2019. (U.S. Air Force)

In 2018, the Air Force released more weapons than it had since 2011, dropping 7,362 combined munitions, according to Air Force data.

Monday was the 18th anniversary of the first U.S. airstrikes in Afghanistan.

President Trump declared that peace talks with the Taliban were "dead" on Sept. 9 after canceling a secret summit with the terrorist group at Camp David.

The Taliban had the week prior claimed responsibility for a deadly bombing in Kabul that killed a U.S. soldier.

On Sept. 14, the president said the Taliban has "never been hit harder than it is being hit right now."

"Killing 12 people, including one great American soldier, was not a good idea," Trump tweeted, referring to the Kabul bombing. "There are much better ways to set up a negotiation. The Taliban knows they made a big mistake, and they have no idea how to recover!"

The Taliban reportedly met with U.S. envoy Zalmay Khalilzad in Pakistan on Friday, their first such meeting since Trump nixed the Camp David summit.

However, the U.S. said peace talks have not resumed, according to The Associated Press.

More than 2,400 U.S. troops have been killed since the U.S. invaded Afghanistan in 2001. At the time the Taliban was harboring Al Qaeda leaders responsible for 9/11.