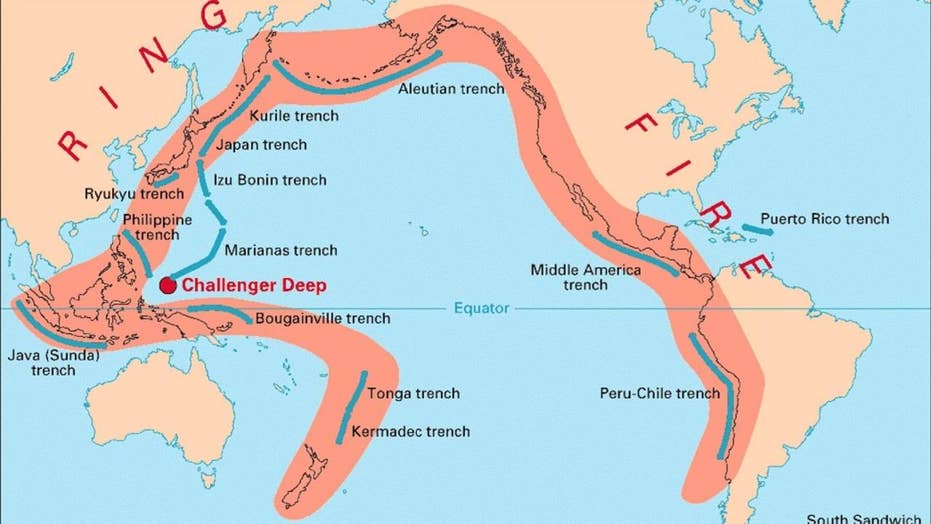 A strong 6.2 magnitude earthquake was reported off the coast of Ecuador early Sunday, but there were no immediate reports of damage or injuries.

The United States Geological Survey said the temblor occurred around 3 a.m. ET about 16 miles north of Santa Elena along the coast.

The quake struck at a depth of about 11 miles, according to the agency. The European-Mediterranean Seismological Center reported that there were also numerous aftershocks following the initial quake.

The 6.2 magnitude earthquake was reported about 16 miles north of Santa Elena along the coast, according to the USGS. (USGS)

No damage has been reported so far, but some people reported being awakened from sleep by the shaking.

Ecuador lies along the Pacific's so-called "Ring of Fire," a 25,000-mile horseshoe-shaped ring, accounting for approximately 90 percent of the world's earthquakes, according to the USGS.