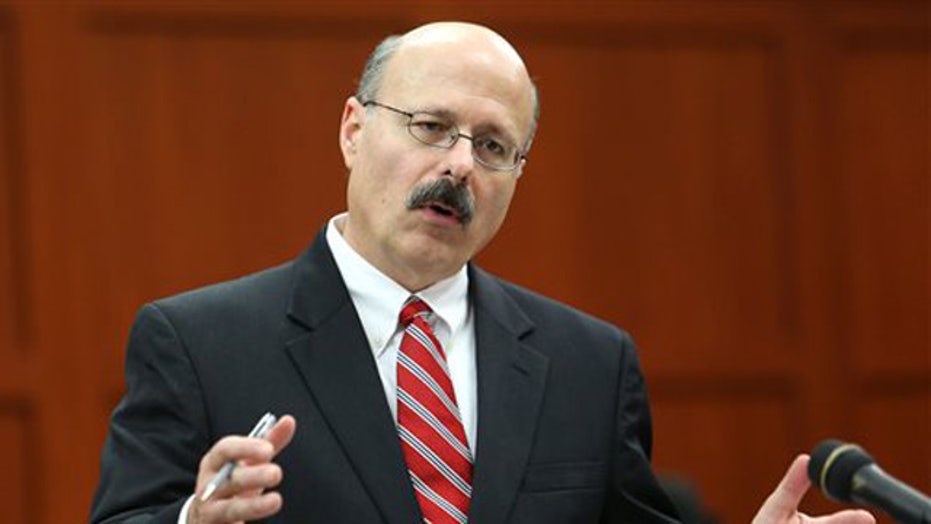 Defense attorneys had their chance to question the pool of 40 potential jurors in the George Zimmerman trial as the court moves closer to choosing the six jurors and four alternates who will decide the fate of the Florida neighborhood watch captain accused of murder in the shooting death of 17-year-old Trayvon Martin.

Defense attorney Mark O’Mara began his line of questioning Thursday morning by asking the potential jurors, “what does defendant mean to you?”

O’Mara is representing Zimmerman, who is charged with second-degree murder. Zimmerman is pleading not guilty, claiming self-defense.

O’Mara appeared to take a tougher, more direct line of questioning compared to his counterpart on the prosecution side, Bernie de la Rionda, who questioned the potential jurors on Wednesday.

He also asked jurors if they watched "CSI: Crime Scene Investigation" or "Law & Order," saying it's important to note the difference between "real and make-believe."

Attorneys from both sides of the case asked potential jurors if they had been been victims of crimes. Fourteen candidates answered yes, including four who'd been victims of violent crimes.

Juror E-73, a middle-aged white woman with two teenagers, said her nephew was shot and killed 13 years ago in a home invasion. O'Mara asked if she could set that aside as a juror.

"There may be occasions, but I would generally say no," said a middle-aged black man.

Twenty-seven of the 40 potential jurors are white, seven are black, three are mixed race and three are Hispanic. Twenty-four are women and 16 are men.

The racial and ethnic makeup of potential jurors is relevant, prosecutors say. They have argued that Zimmerman, a neighborhood watch volunteer for his gated community in Sanford, Fla., profiled Trayvon Martin when he followed the black teen last year as Martin was walking back from a convenience store to the house of his father's fiancee.

Zimmerman, who identifies himself as Hispanic, fatally shot Martin a short time later following a confrontation that was partially captured on a 911 call.