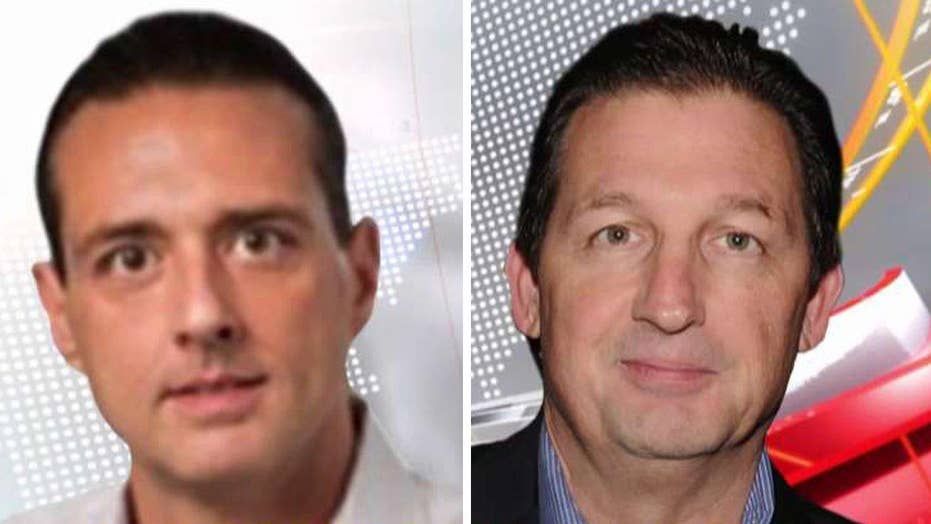 Peter J. Johnson Jr on the firing of WWP's CEO and COO

The two top executives of the Wounded Warrior Project — among the largest veterans charities in the country — were fired Thursday after an investigation into accusations of lavish spending on parties, hotel and travel, according to a statement released on behalf of the embattled organization.

Wounded Warrior Project's CEO, Steven Nardizzi, and COO, Al Giordano, were fired by the charity's board amid criticisms about how it spent more than $800 million in donations over the last four years. The development was confirmed by Abernathy MacGregor, a public relations firm hired to represent the veterans charity.

“To best effectuate these changes and help restore trust in the organization among all of the constituencies WWP serves, the Board determined the organization would benefit from new leadership, and WWP CEO Steve Nardizzi and COO Al Giordano are no longer with the organization,” the statement said.

The statement also said a preliminary financial audit found that “some policies, procedures and controls at WWP have not kept pace with the organization’s rapid growth in recent years and are in need of strengthening.”

The charity came under fire after an earlier CBS News investigation in January revealed large amounts of spending on administration, meetings, and travel.

Army Staff Sergeant Erick Millette, who returned from Iraq in 2006 with a bronze star and a purple heart, told CBS News at the time he admired the charity’s work and took a job with the group in 2014 but quit after two years.

"Their mission is to honor and empower wounded warriors, but what the public doesn't see is how they spend their money," he said.

According to the charity's tax forms obtained by CBS News, spending on conferences and meetings went from $1.7 million in 2010, to $26 million in 2014, which is the same amount the group spends on combat stress recovery.

Two former employees, who were so fearful of retaliation they asked that CBS News not show their faces on camera, said spending has skyrocketed since Steven Nardizzi took over as CEO in 2009, pointing to the 2014 annual meeting at a luxury resort in Colorado Springs.

About 500 staff members attended the four-day conference in Colorado, which CBS News reported cost about $3 million.

Wounded Warrior Project declined CBS News' interview requests for Nardizzi in January, but instead sent Director of Alumni and a recipient of their services, Captain Ryan Kules, who denied there was excessive spending on conferences.

"It's the best use of donor dollars to ensure we are providing programs and services to our warriors and families at the highest quality," he said.

Last week, a major donor to the Wounded Warrior Project veterans’ charity called for the nonprofit’s CEO to resign in light of allegations of lavish spending on staff meetings, CBS News reported.

Fred and Dianne Kane, the parents of two Iraq War veterans, have donated $325,000 to the Wounded Warrior Project since 2009 through their personal charity, Tee-off for a Cause. Slightly more than half of the Kanes' donations directly benefitted veterans, according to CBS News.

But after recent tax forms reflected questionable spending by the veterans’ charity on staff expenditures, including $26 million on conferences and meetings at luxury hotels in 2014 alone, Fred Kane called for  Nardizzi to be fired.The expenditure on conferences and travel was up from just $1.7 million in 2010, according to reports.

“Hearing that there was this waste of money, donor dollars that should have been going to servicemen and women that were injured, and that it was spent on [Wounded Warrior Project staff] having a good time—it’s a real disappointment,” Dianne Kane told CBS News.

The Kanes also initiated an online petition calling for a public audit of the Wounded Warrior Project in addition to canceling the next golf tournament Tee-off for a Cause was to hold to benefit the Project.

Kaine, in the recent interview, also questioned Nardizzi’s apparent public absence while his organization has been under scrutiny.

“Where is this guy? You lead from the front—good or bad—you don’t hide,” he said, “If no one is going to talk about this right now and it has to be me, then it has to be me.”

Kane said he has cut charitable ties with the Wounded Warrior Project, embarking on a new charge to effect change at the organization.