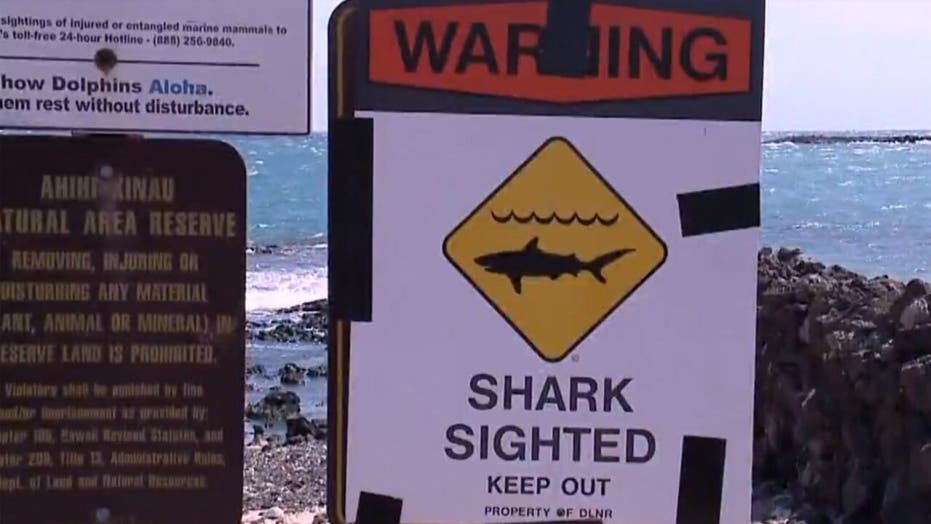 A woman vacationing in South Carolina said she was horrified Friday when she looked outside her resort window and spotted a shark lurking close to the shore -- only a few feet away from unsuspecting swimmers.

Ginger Gilmer posted the unnerving photos, which she took while staying at a vacation rental in North Myrtle Beach, to Facebook last week.

“Why I go to the beach to get in the pool! SHARKS!!!! Not one person had an idea of what was lurking around them,” her post read.

Gilmer had a clear view of the shark from her 15th-floor hotel room, FOX5 reported. Her post has been shared almost 30,000 times.

There have been three reported shark attacks this year, all in North Carolina, but such occurrences are the exception and not the rule, according to the National Oceanic and Atmospheric Administration.

“Only about a dozen of the more than 300 species of sharks have been involved in attacks on humans,” NOAA said on its website. “Sharks have been known to attack humans when they are confused or curious. If a shark sees a human splashing in the water, it may try to investigate, leading to an accidental attack.”

Data collected by the Florida Museum of Natural History’s International Shark Attack File found that last year the United States saw 32 unprovoked attacks with one fatality, the most attacks out of any country that year.

South Carolina was home to three of those attacks.