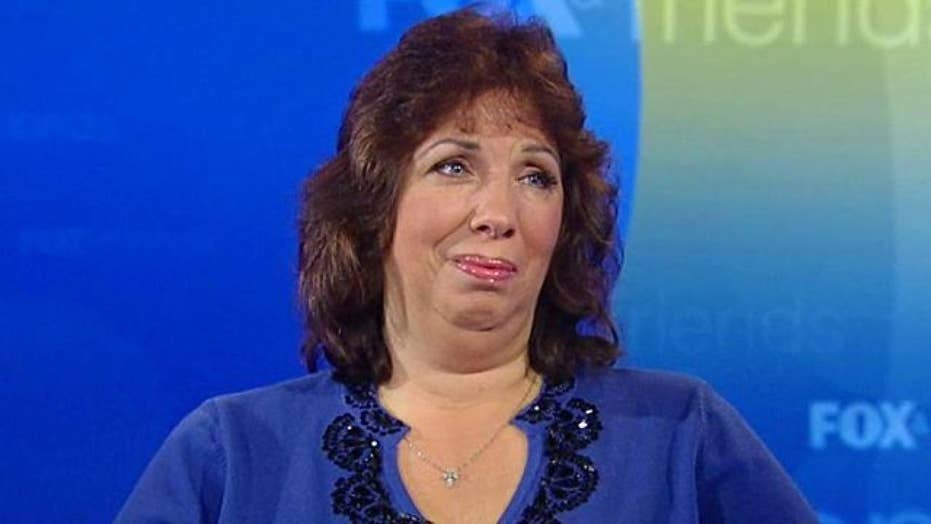 Victoria Ruvolo has died at 59-years-old. She is known for her stunning act of forgiveness when she was nearly killed in 2004 when a teenager randomly hurled a frozen turkey through her car windshield.

The Long Island woman who was nearly killed in 2004 when a teenager randomly chucked a frozen turkey through her car windshield died on Monday.

Victoria Ruvolo’s tale of survival garnered headlines after she worked with prosecutors to grant clemency to the teenager who threw the frozen bird.

“It is with a very heavy heart that we announce the sudden and unexpected passing of our beloved Vickie,” the note on her Facebook page read.

In November 2004, a group of teenagers used a stolen credit card to buy the 20-pound turkey in Ronkonkoma, Long Island. They then climbed into a car and drove onto Sunrise Highway.

During the trip, 18-year-old Ryan Cushing threw the bird out of the car and into Ruvolo’s windshield.

The impact broke every bone in Ruvolo’s face, which required a 10-hour surgery, three titanium plates, and a wire mesh for her left eye socket to correct.

The teens were arrested shortly after the assault, and several of them agreed to testify against Cushing. He would have faced up to 25 years in prison if he was convicted of throwing the turkey at Ruvolo’s car.

Instead, Ruvolo intervened on his behalf and worked with his lawyer to get him amnesty for the crime.

“Some people couldn’t understand why I’d done this but I felt God had given me a second chance and I wanted to pass it on,” Ruvolo wrote on her website after the ordeal.

Cushing was sentenced to a six-month prison sentence and five years of probation.

Ruvolo became an inspirational speaker and went on to work for the Forgiveness Project in Long Island.

“Forgive someone today,” the death announcement on her website reads.

Cushing could not be reached Wednesday night.