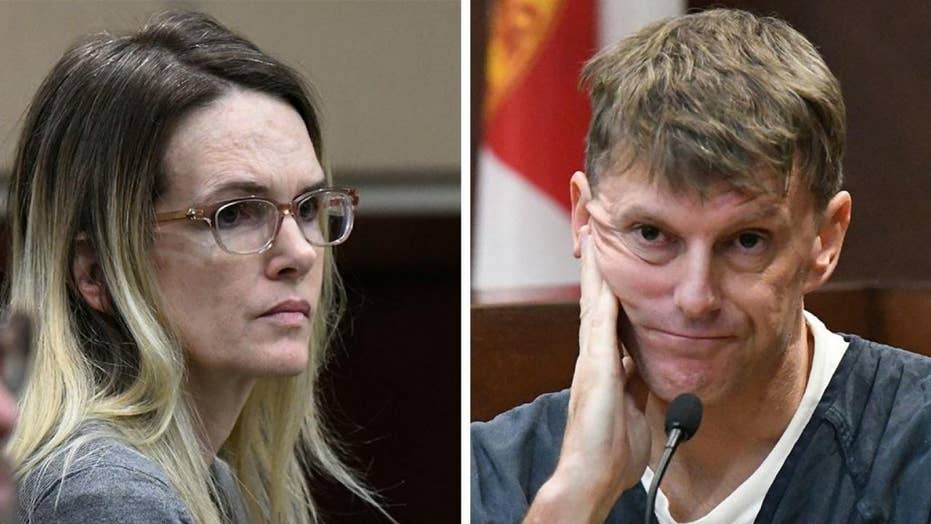 A Florida woman has been convicted of conspiring with her lover to kill her husband—18 years after he disappeared and she collected $1.75 million in life insurance benefits when his death was ruled an accident.

Denise Williams, 48, reportedly showed no emotion as the verdict was delivered Friday in Leon County after a week-long trial that included details of threesomes and drew comparisons to the film noir classic “Double Indemnity.”

She now faces a mandatory sentence of life in prison after being found guilty of murder and conspiracy to commit murder in the death of her 31-year-old husband, Mike Williams, who vanished Dec. 16, 2000 on a duck hunting trip.

“We got justice for Michael,” the victim’s mother said to prosecutor Jon Fuchs, the Tallahassee Democrat reported Friday.

Denise Williams listens during her trial for the murder of her husband Mike Williams, in Tallahassee, Florida. ((Alicia Devine/Tallahassee Democrat via AP, Pool)

Cheryl Williams refused to believe her son drowned and was eaten by alligators, the newspaper reported.

Prosecutors said Denise Williams hatched the murder plot with a man who was her husband’s best friend -- and her lover, Brian Winchester.

He became the prosecution’s star witness, testifying that they killed Michael Williams so they could be together and collect on life insurance policies by making the murder look like an accident, according to the reports.

Winchester sold Mike Williams one of those policies, worth $1 million.

Winchester told the jury that plans to make the murder look like a drowning went awry when Michael Williams’ duck-hunting equipment failed to drag him underwater.

He testified that he wound up shooting Michael Williams in the face with a 12-gauge shotgun and then burying the body near a lake, according to reports.

The New York Post reported that Winchester and Denise Willaims carried on their secret relationship until 2005 when they married.

But 11 years later they divorced and soon after he was arrested for kidnapping Denise Williams at gunpoint to convince her not to turn him in to police, according to the paper.

Eventually, he confessed to killing Michael Williams in exchange for immunity and led authorities to the body.