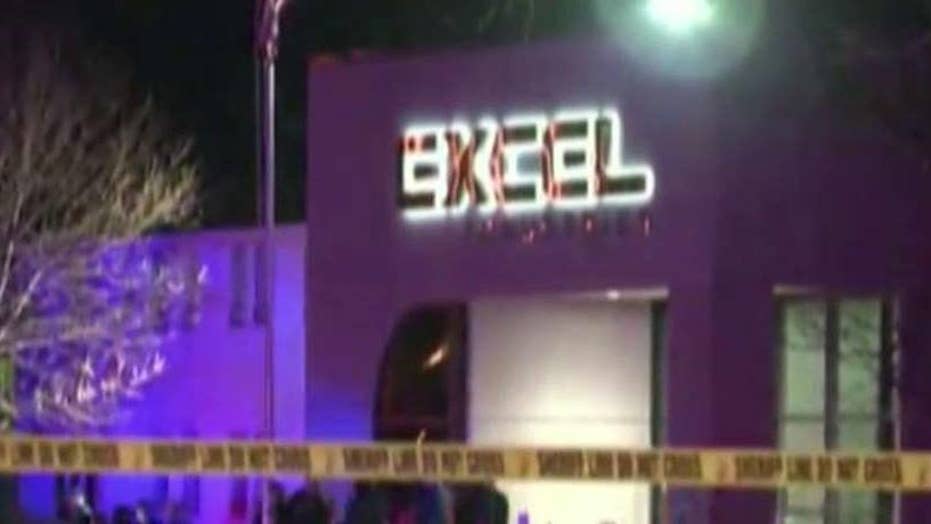 A federal magistrate judge set a $10,000 bond Monday for the woman accused of providing the guns used in last week's mass shooting at a Kansas lawn equipment factory.

More than a dozen family members and friends of Sarah Hopkins came to her first court appearance in U.S. District Court in Wichita, but they refused to talk to the media. Her attorney, Douglas Adams, declined comment. Prosecutors did not seek her detention, and court records show she later posted the bond.

The 28-year-old Newton, Kansas, woman is charged with knowingly transferring a firearm to a convicted felon. Prosecutors say she gave Cedric Ford an AK-47-type semi-automatic rifle and a .40-caliber handgun that he used in the attack at Excel Industries in Hesston. Four people, including Ford, were killed and 14 others were injured.

Hopkins told investigators that she moved out of a home she shared with Ford in July 2015. Police officers the following month helped her retrieve the firearms, which she had purchased, according court documents. Hopkins said at the time that Ford was a convicted felon who could not lawfully possess them, the documents say.

She told federal investigators after Thursday's shooting rampage that she gave the guns to Ford in August because he had threatened her, according to the probable cause affidavit filed in the case. But the government contends Hopkins, who bought the guns in 2014, had subsequently pawned them and redeemed the rifle this month — months after she said she'd given the guns to Ford.

Ford is the father of Hopkin's 4-year-old daughter and 2-year-old son, according a Harvey County paternity case.

Adams told the court he expected Hopkins would be indicted Tuesday. Her next hearing is March 9.