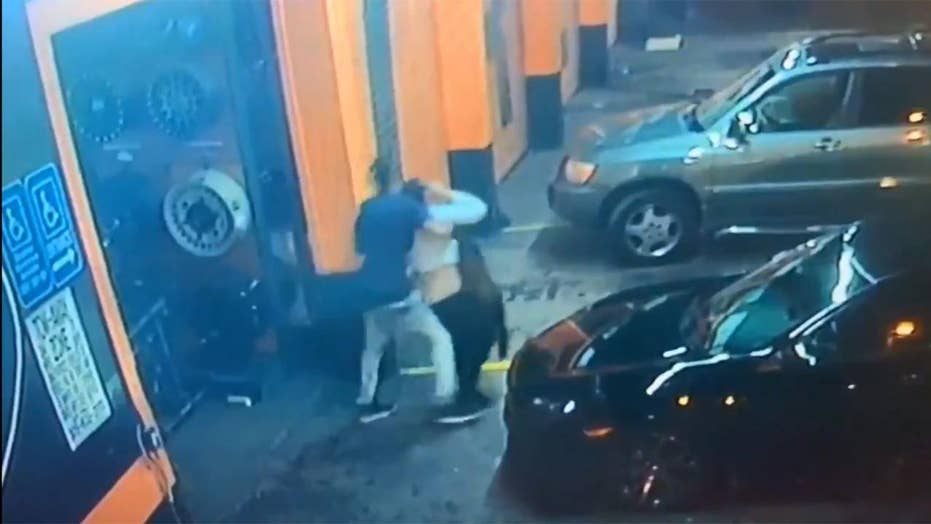 Miami police say a woman who was grabbed by a man and forced into a car at an auto body shop Friday has been found safe.

Police initially tweeted video of the incident in the city's Allapattah neighborhood Saturday evening, saying that they were looking for a newer-model white Nissan Altima with a paper tag. On Sunday, authorities confirmed that the woman was in good condition and that detectives were following up on the investigation, but declined to release any other details.

Investigators told WSVN that the woman had told employees of the body shop to call 911 because she was trying to hide from a man she said was "going to kill" her. The man then arrived in the white sedan and bundled her into the car before driving off.

"It appears that in the video, he has his arms wrapped around her neck as he forces her inside the vehicle," Miami Police officer Kiara Delva said, describing the possible abduction, according to WTVJ.

A witness told the station that the man found the woman hiding in the shop's bathroom.

“He was running over there,” the person told the station. “He takes her from the restroom and hit her, I don’t know, like 20 or 50 times and then he wanted her to drive the car. So he put her on the driver’s seat. He hit her like 20 more times with the door.”