Harvey Goldman says he pulled his 9-year-old daughter out of a Manhattan private school saying, ‘little children don’t need to feel bad about the color of their skin.’

A fed-up father told "Fox & Friends First" on Monday that he pulled his 9-year-old daughter out of a New York City private school over the race-related curriculum and moved to Florida.

"Schools are supposed to be teaching you confidence," he continued, adding that most parents are teachers are "scared to say something."

He pointed out that the Heschel School in Manhattan was "teaching these young children about having white privilege" and "the murder of George Floyd," which he noted "wasn’t an established murder" at that point.

Goldman also said that the school, which reportedly costs $43,000 a year, was teaching students about Black Lives Matter, which he said he believes is "Marxist and destructive."

"I heard about it because I read one of their newsletters that came out," Goldman said. "There was a little blurb about changing the curriculum and I questioned it."

In a letter sent the Heschel School in September Goldman wrote, "First and foremost, neither I, nor my child, have ‘white privilege,’ nor do we need to apologize for it."

"Suggesting I do is insulting," he went on to write. "Suggesting to my 9-year-old child she does is child abuse, not education."

Goldman reportedly said that in response to his letter, Heschel administrators suggested he take his daughter out of the school and he did.

Goldman then moved to Florida and enrolled his daughter in a public school that he made sure did not include critical race theory (CRT) in the curriculum, The New York Post reported, noting that "CRT is a controversial prescription for addressing racial issues centered around the idea of ‘white privilege,’" which "originated in universities and has spread to K-12 schools — both public and private." 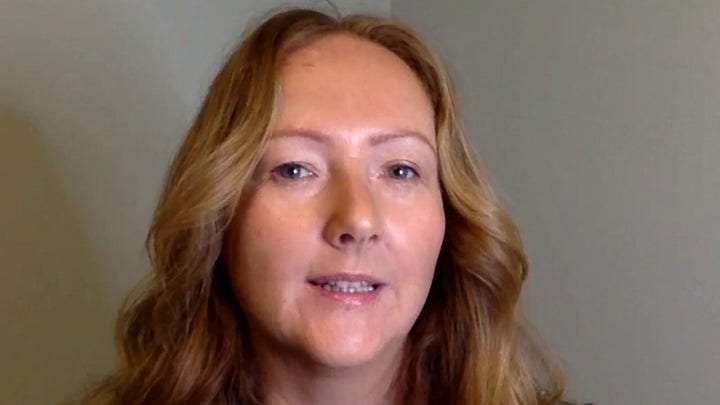 "We are a Jewish day school and very proud of our secular and religious curriculum, which Mr. Goldman is fundamentally misrepresenting," a statement from the Heschel School said. "His family informed us last summer that they would likely relocate to Florida for financial reasons. We were surprised to read about his new explanation for the move and question his motives for making such statements at this time."

Reacting to the statement Goldman acknowledged that his family had planned to move to Florida at the end of the school year, butstressed that he wrote the letter to Heschel administrators in September when he learned about the curriculum and "was not happy about it."

He said he reached his breaking point when he "reached out to the school and they basically told me, ‘Listen, we’re going to be teaching your children this and there is nothing you can do about it.’"

The New York Post reported that Goldman had joined the "underground network of parents" in New York City and across the country who are "fighting what they believe is the undue focus on race by schools as part of the new ‘woke’ culture."

Another New York City father, who pulled his daughter out of The Brearley School after seven years, faced an onslaught of media attention in recent days since sending former New York Times editor Bari Weiss a scathing letter addressed to Brearley parents, saying the $54,000-a-year institution's "obsession with race must stop." He also criticized the school’s "antiracism initiatives" as divisive.

Andrew Gutmann said his daughter "recognized" the K-12, all-girls private academy was "trying to make her feel guilty" about her "skin color."

Social media posters applauded Gutmann’s letter and passion, even as Brearley Head of School Jane Fried doubled down on its position. Fried said students were "frightened and intimidated" by the fact that the letter was sent to their homes.

Further, Fried said Gutmann's letter "failed both in content and delivery" to "engage ... with respect for one another."