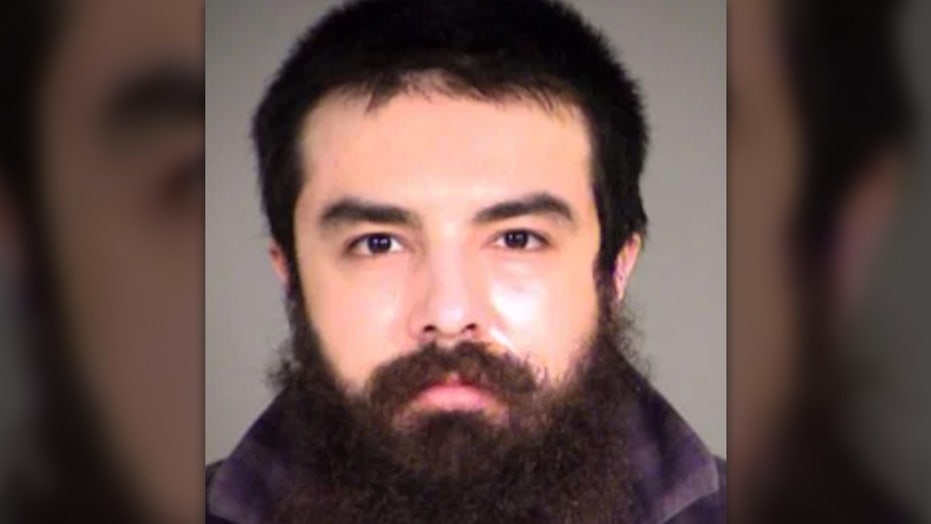 Gowdy: Law and order needs to be equalizing

Former congressman and Fox News contributor Trey Gowdy weighs in on the divisiveness within the country on 'Outnumbered Overtime.'

Authorities identified the deceased as 55-year-old Phillip Thiessen, a Marine veteran and former Virginia police officer who had retired from a career with the Wisconsin Department of Justice, where he’d investigated crimes against children. After his retirement in 2018, he volunteered at the local food pantry.

CALIFORNIA POLICE DETAIL CHAOTIC ARREST IN SHOOTING THAT LED BOY, 15, TO HIDE IN WILDERNESS FOR 30 HOURS

Investigators arrived at the scene to find Thiessen’s body, witnesses trying to render aid, and Navarro standing nearby waiting for deputies, authorities said.

When a patrol sergeant arrived, the sheriff said Navarro stated he had intentionally slammed into the motorcycle and passed a field sobriety test.

Navarro allegedly targeted the motorcycle due to the rider’s race and the fact that injuries in such a crash would likely be fatal, Waldschmidt said. Navarro was unhurt.

A criminal complaint said Navarro told investigators that he had been “poisoned” by friends, co-workers and neighbors and that he could hear neighbors making “racist comments through the walls,” Milwaukee-based Fox 6 reported.

His purported antagonists were all “Caucasian,” according to the criminal complaint, and he claimed they were targeting him because he is “Mexican.”

Navarro allegedly chose his target because “White people drive motorcycles,” especially Harley-Davidsons, according to the report.

He also claimed he wanted to go to prison to be “free from the people that harass him in his home,” according to Waldschmidt.

Investigators said they filed homicide and hate crime charges, adding that although the attack was targeted based on race, Navarro did not know Thiessen was a retired member of the law enforcement community.