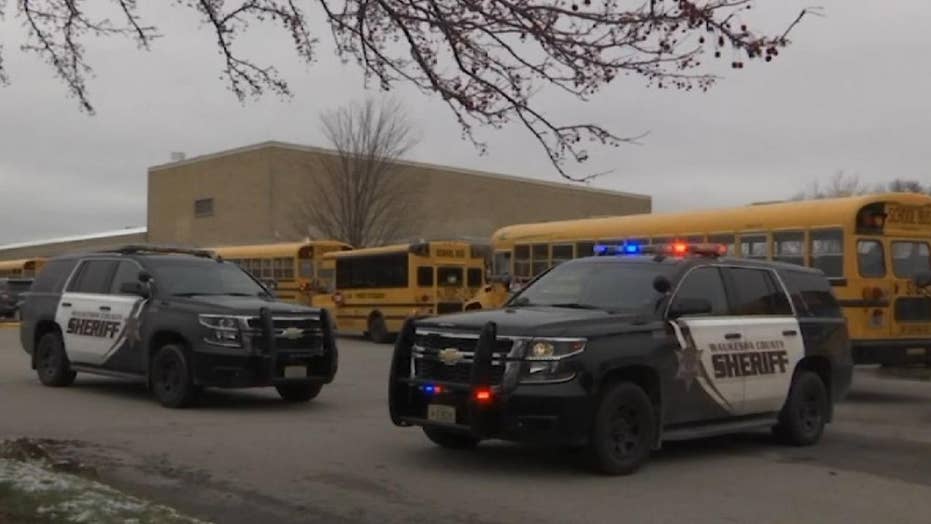 Police shoot, take student into custody after he brought gun to Milwaukee-area school

A Waukesha South High School resource officer secured the classroom before Waukesha officers arrived and confronted the suspect, who police say did not comply with their commands.

A Wisconsin high school student who police say pointed a handgun at a school resource officer and ignored an order to hand over the weapon was shot by the officer inside the school building in a harrowing Monday morning incident.

Police raced to Waukesha South High School, located roughly 20 miles west of Milwaukee, soon after the incident was reported at about 10:15 a.m. Local authorities soon tweeted "the building is safe and secure" and confirmed there were no outstanding suspects.

The incident unfolded after a student reported to school officials that a male student brought a handgun to school, Waukesha Police Chief Russell Jack told reporters at a news conference later Monday. He said the school resource officer, an 11-year-veteran of Waukesha police, "immediately responded" to the classroom and tried to secure the classroom by getting other students to safety.

Officers from the police department and sheriff's office responded to the scene, and tried talking to the 17-year-old male student to "deescalate" the situation, Jack said.

The suspect "would not remove his hands" from his pocket and ignored officers' commands, according to the police chief. Eventually, he said the student removed the handgun from his waistband and pointed it at officers.

A police officer at the scene "was forced to discharge" his firearm, he said. The officers immediately administered life-saving attention and evacuated students from the classroom before placing the school on lockdown.

The student was transported to a hospital where the police chief said he is in stable condition. No police officers or other students were injured in the incident.

Shortly after the situation occurred, the police department tweeted the building was safe and what happened was an "isolated incident" and confirmed they were investigating what happened.

"I am very thankful that we're in a situation where only one person was injured and that we aren't in a situation that could have been much, much worse," Mayor Shawn Reilly said.