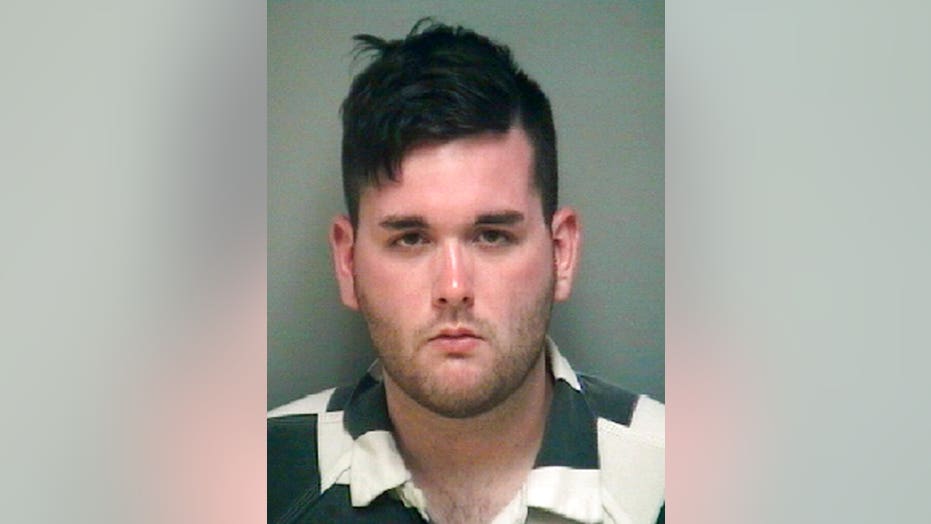 The 22-year-old white supremacist who killed a woman and injured dozens of other people protesting the "Unite the Right" rally in Charlottesville, Va., in 2017 is now pleading with the judge to spare him from a life behind bars.

Attorneys for James Alex Fields Jr. on Friday made a motion to that effect. They cited their client's age and traumatic childhood, as well as his history of mental illness.

Prosecutors disagreed, saying Fields, who will be sentenced this coming Friday, has shown no remorse for his actions; they said his sentencing would set an example for others who think of committing "similar acts of domestic terrorism."

Fields avoided the death penalty when he took a plea bargain in pleading guilty in March to federal hate crime charges and admitting that he'd intentionally plowed his vehicle into the crowd of anti-racism protesters. Those charges call for a life sentence under federal sentencing guidelines.

He was convicted of the first-degree murder of Heather Heyer, a paralegal who was counterprotesting at a rally where white nationalists decried the removal of a statue of the Confederate Gen. Robert E. Lee.

"No amount of punishment imposed on James can repair the damage he caused to dozens of innocent people. But this court should find that retribution has limits," his attorneys wrote in the memo.

Prosecutors pushed back at the notion of a troubled childhood, marred by the knowledge that Fields' Jewish grandfather killed his grandmother and committed suicide, instead pointing to the fact that he idolized Hitler, keeping a photo of him on his bedside table, and had a history of racist behavior. They also said that "any mental health concerns raised by the defendant do not overcome the defendant's demonstrated lack of remorse and his prior history of substantial racial animus."