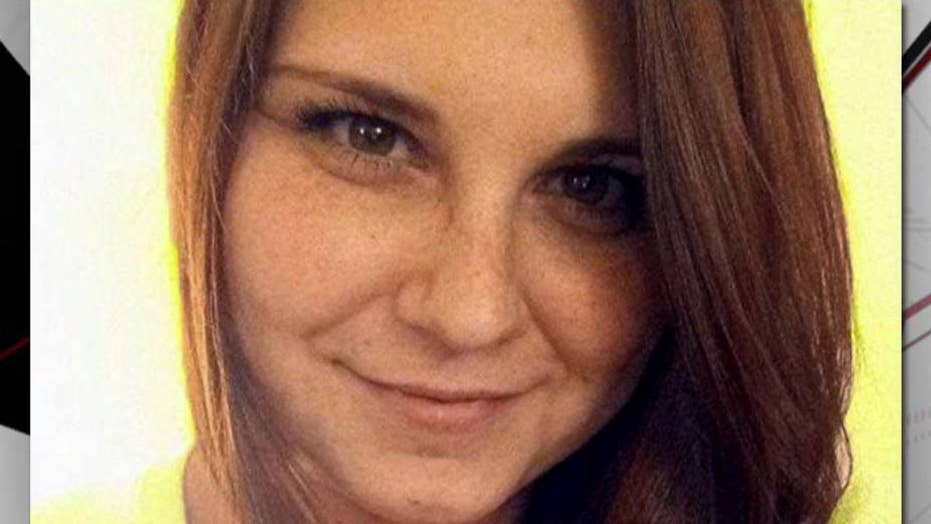 The woman who died during weekend protests in Charlottesville, Va., has been identified as Heather Heyer, a paralegal.

A Dodge Challenger rammed into a group of protesters as tension boiled over at a white supremacist rally on Saturday. Heyer, 32, was killed as she crossed the street.

Heyer was taken to UVA Hospital, where she was declared dead, according to a press release from the city of Charlottesville.

She “was struck down by a vehicle while exercising her peaceful First Amendment right to speech,” a statement said. “This senseless act of violence rips a hole in our collective hearts.”

White nationalists descended on the city to “take America back” by rallying against plans to remove a statue of Confederate general Robert E. Lee.

Hundreds came to protest against the racism. The New York Daily News reported that it was not clear whether Heyer was with the demonstrators counter-protesting.

Heyer was a paralegal with the Miller Law Group, according to the newspaper.

“For over four years Heather has played an essential role in our bankruptcy department and office as a whole,” the law group says online. It says that Heyer was from Ruckersville, Va., but living in Charlottesville.

“She died doing what was right. My heart is broken, but I am forever proud of her,” Felicia Correa, Heyer’s childhood pal who spoke on behalf of the victim’s mother, told the Daily News.

“She always stands up for what she believes in and we had spoken about mixed race couples and families,” her friend Lauren Moon told the news outlet.

The driver, James Alex Fields Jr., a 20-year-old who recently moved to Ohio from where he grew up in Kentucky, was charged with second-degree murder and other counts.