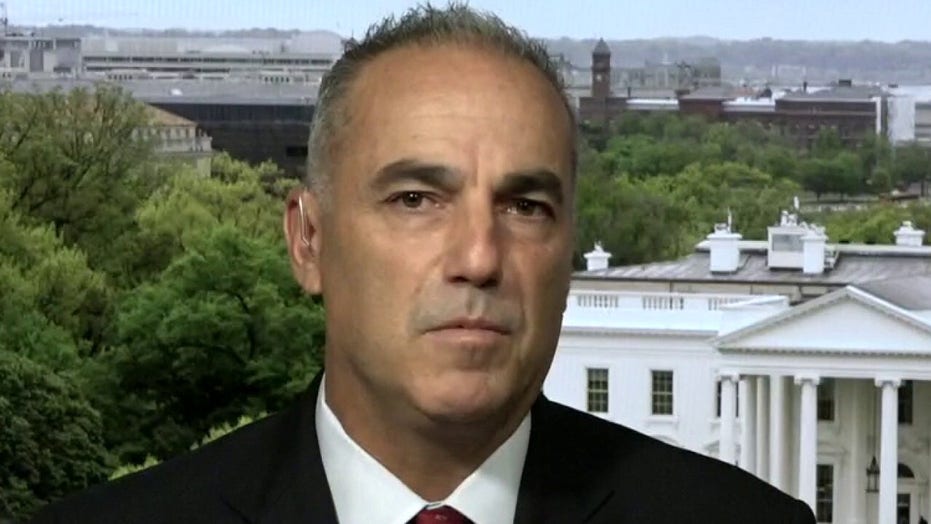 The loss of a child is the stuff of nightmares. For Andrew Pollack, it became a searing reality on Valentine's Day 2018, when gunfire exploded at Marjory Stoneman Douglas High School in Parkland, Fla. – taking the life of his teen daughter Meadow and 16 others.

From his view, however, his daughter died not as a result of a lack of gun control, but as a result of Restorative Justice (RJ) policies, pioneered by Broward County – where Parkland lies – and "spread across America by the Obama administration."

"Restorative Justice claims that traditional discipline – detentions, suspensions, expulsions and arrests – are racist and ineffective and that teachers need to do 'healing circles' instead," Pollack, who brought the issue to the national stage at last month's Republican National Convention, told Fox News. "What really happens, though, is that schools all of a sudden have a strong incentive to not address or hide dangerous behavior."

So, where do such policies stand now?

A U.S. Department of Education representative told Fox News that the Obama-era documents were "were rescinded as a part of the December 2018 School Safety Commission recommendation."

In this Feb. 25, 2018, file photo, mourners bring flowers as they pay tribute at a memorial for the victims of the shooting at Marjory Stoneman Douglas High School, in Parkland, Fla. (David Santiago/Miami Herald via AP, File)

In March 2018, President Trump appointed U.S. Secretary of Education Betsy DeVos to lead the Federal Commission on School Safety. The commission endeavored to ascertain purposeful and actionable proposals to enhance school safety, raising critical questions as to whether policymakers and families failed from a discipline standpoint in preventing the troubled student-turned-gunman, Nikolas Cruz, from harming others.

Prior to opening fire, Cruz had threatened to "shoot up" the school and violently assaulted others – and was alleged to have committed more than a dozen violations both in and outside of the school – but was not referred to law enforcement or subject to more stringent punitive measures.

"I didn't really notice it, to be honest. And I'll never forgive myself for that. If I had any idea that Broward County had (this) official policy, I would have been out there every day keeping guard with a shotgun," Pollack continued. "It wasn't until after the shooting when people came up to me and said, 'Andy, we saw something, we said something, they did nothing. They never do anything,' that I started looking into the policies. My daughter could have done anything, been anything in life. But she was murdered in the most avoidable mass murder in American history."

Restorative Justice, a concept that centers on mediation and agreement instead of punishment, gained a foothold in schools across the United States following a "Dear Colleague" letter issued in 2014 by the Obama administration's departments of Education and Justice. The guidance briefed school administrators to implement "student discipline without discriminating on the basis of race, color, or national origin" but went on to advise schools to discipline students without turning to suspensions, expulsions or law enforcement.

The federal directive mirrors that of the Parkland high school at the time of the tragedy, in which the broader Broward County had introduced a system known as Preventing Recidivism through Opportunities, Mentoring, Interventions, Supports, and Education (PROMISE) two months before the federal letter.

"The Obama administration might have taken our policies and framework and developed them into national guidelines," Broward Superintendent Robert Runcie said in 2014. The following year, Broward County was highlighted at a 2015 White House event on school discipline.

"The 2014 Dear Colleague Letter said that the Office of Civil Rights in the U.S. Department of Education would proactively investigate schools to determine if they were suspending or expelling minority students in significant proportions and then threaten to withhold federal spending," surmised Jonathan Butcher, a senior policy analyst at The Heritage Foundation, underscoring that it essentially made the rollout more stressful and difficult.

Now, Pollack is just one of many critics who say this was a result of RJ protocols, which urge school officials not to involve external law enforcement and rather foster student-led mentoring programs and school resource officers to aid disturbance-stirring students.

"The Trump Department of Education is no longer forcing schools to implement and maintain these policies or else risk losing federal funding. But that hasn't led to them being rolled back," Pollack continued. "At the latest count, I've seen more than half of schools say they're doing RJ. The education establishment is still pretty bought into the idea that these policies are a way to be 'anti-racist' – despite all the damage they do."

Indeed, there is still a push for its implementation on local levels – and even via online classrooms, as many schools continue to run virtually as the coronavirus pandemic continues.

Vice President Joe Biden and House Speaker Nancy Pelosi sit behind President Barack Obama during his State of the Union address to a Joint Session of Congress on Capitol Hill on Jan. 27, 2010, in Washington, D.C. (Toni L. Sandys/The Washington Post via Getty Images)

According to Max Eden, the education policy expert at the Manhattan Institute, while Trump may have rescinded the 2014 "Dear Colleague" letter almost two years ago – thus school districts are no longer "being coerced into adopting or keeping these policies" – it doesn't mean the tide has turned.

"Within the education world, these policies have been framed as a straightforward matter of social and racial justice, so I haven't seen much indication that they've been rolled back in many districts," he said.

Advocates of RJ policies have expressed concern that Black and other minority students who cause disruptions during online sessions will be penalized and ostracized in greater numbers than their White counterparts.

In one example, a middle school in Colorado Springs, Colo., contacted police after a Black student showed a toy gun on screen during a remote art class. Authorities visited the home, and the school issued the boy – who now has a record with the sheriff's office and a "facsimile of a firearm to school" mark on his school file – a five-day suspension. Had the school had more Restorative Justice-focused mechanisms, some experts argue, the matter could have been handled without outside intervention.

"Considering that peer-reviewed research has consistently shown a disparity in discipline by race for the same offenses, media reports demonstrating the overreaction of districts and schools to remote behavior by children suggests that students of color are readily being identified as troublemakers instead of children in need of mild discipline and/or restorative interventions," Julian Vasquez Heilig, dean of the University of Kentucky College of Education, told the Washington Post this week.

Some counties are continuing to strive for Restorative Justice programs despite the Trump team's rollback, especially during a time in which the entire nation is grappling with issues of racial justice and equality. For one, at the Montgomery County, Md.'s, NAACP Parents' Council event last week, the Black and Brown Coalition demanded that Montgomery County Public Schools address the overdue list of unmet needs of students, with the notion of Restorative Justice a key factor in the equation.

In nearby Arlington, Va., last month, a new community group entitled Arlington Advocates for Restorative Justice (AARJ) formed to further push for such policies in schools and in wider community initiatives.

Restorative Justice was widely considered a counter-response to the controversial "zero-tolerance" discipline modalities that had been steadily growing since the George W. Bush administration, in which students were automatically and severely punished with little hearing or context. The policy, analysts argued, widened racial and disparity gaps and prompted educators to seek alternatives.

Proponents of Restorative Justice measures have lauded an array of pros, including an improvement in school environments, empowering individuals to resolve conflicts independently and through peer-mediated groups, as well as success in reducing arrests in schools. Broward County itself went from 1,056 apprehensions in 2012 to just 392 in 2016, according to the Washington Post.

"The basic idea is that a student who breaks a rule and causes harm is still part of the school community and the larger society. So if the transgression is not too severe, we want to address the damage in a proactive way that holds the child accountable but does so in a way that repairing the harm and nurtures a healthy relationship with the child," noted professor Kevin Welner, director of the National Education Policy Center. "We've seen the RJ approach work fantastically in some schools, which it's a core part of strong school culture."

However, he pointed out that the problem with RJ is that the "implementation has been uneven."

"It's best understood as a whole-school reform, with a Restorative Justice coordinator and with teachers and staff also trained and also bought into the approach," Welner explained. "If RJ is implemented in a weak way, with just the RJ coordinator or a small group of staff given sole responsibility, or if teachers and other staff don't take it seriously, then students are likely to simply go through the motions."

This Feb. 17, 2018, photo shows a photo of Meadow Pollack, one of the 17 victims who was killed in the Wednesday, Feb. 14, 2018, shooting at Marjory Stoneman Douglas High School, sitting against a cross as part of a public memorial, in Parkland, Fla. (AP Photo/Gerald Herbert) (Copyright 2018 The Associated Press. All rights reserved.)

Supporters of the policy have also long emphasized that the theory is fundamental in reducing the "school to prison" pipeline, given that the U.S. encompasses 5% of the global population but 25% of the entire incarceration population.

On the flip side, teachers have also acknowledged that the policies have made it more difficult to control classroom behavior – essentially hurting all students' abilities to learn and feel safe.

But the future of RJ policies hinges largely on the November election. The likes of Pollack maintain that the Trump administration at least allows parents who have a problem with these policies to get a fair hearing from their school board, but under Democratic nominee Vice President Joe Biden's leadership, he worried that schools would again be concerned with losing federal funding.

"I used to think that it was all for a greater purpose, you know, that Meadow was murdered so that other students could be made safe after I told the story and fought for reforms," he added. "But I don't know; it seems like only half the country cares about the facts."