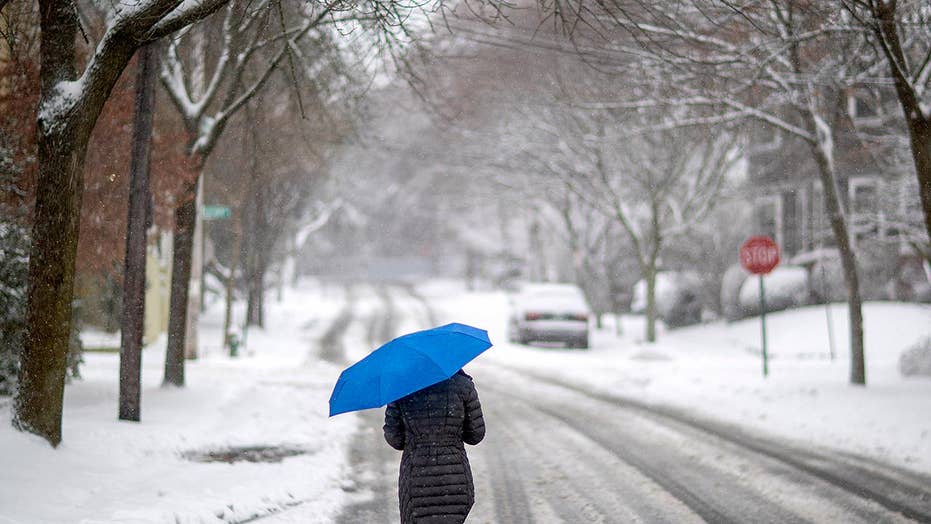 One week after a powerful "bomb cyclone" caused travel chaos along the West Coast during the busy Thanksgiving travel period, another powerful storm is set to deliver a round of heavy rain and significant snow in time for the weekend.

The National Weather Service said that an upper-level low-pressure system spinning over the eastern Pacific will cause a front to approach the West Coast by Friday, bring heavy rain and some localized flooding in parts of northern California, while heavy snow will fall across the Sierra Nevada.

"We have another system that's going to move across the West Coast, and that's going to bring the potential for heavy rain and mountain snow," Fox News Senior Meteorologist Janice Dean said on "Fox & Friends."

The NWS's Sacramento office said in a forecast discussion the "impactful winter storm" will bring "hazardous" mountain travel starting Friday and lasting into the weekend.

The next winter storm is forecast to impact the West Coast by Friday into the weekend. (NWS Sacramento)

"Once again this storm has the potential for several feet of snow to accumulate over the high Sierra," forecasters said.

Heavy mountain snow will impact areas around 6,500 feet, falling to 5,500 feet by Sunday night, according to the NWS. The heaviest snow is forecast to fall Friday night through early Sunday.

Forecasters warn the storm will create dangerous travel conditions, with a "significant reduction in visibility" in addition to whiteout conditions possible as the system moves through. Downed trees, branches, and power outages are also possible due to the storm.

Travelers in the area should be aware of chain requirements and have an emergency survival kit in case they get stranded in the storm, according to AccuWeather. The storm last week closed parts of major interstates such as Interstate 5 between Redding, Calif. to the Oregon border, stranding hundreds of people due to heavy snow.

In this still image taken from a Caltrans remote video traffic camera last week, traffic is stopped along Interstate 80 because of multiple spinouts due to a winter storm that impacted the area during the busy Thanksgiving travel period. (Caltrans via AP)

"In addition to the extreme amounts of rain, falling snow levels will allow snow to accumulate across the higher terrain of the Sierra Nevada, which will act as a boon for local ski resorts," AccuWeather Meteorologist Brandon Buckingham said Thursday.

In lower elevations, the storm system is forecast to bring "soaking rain" with valley locations to see between one and three inches of rain with up to six inches possible in some locations.

A satellite image from Dec. 5, 2019 shows the next storm approaching the West Coast that will bring impacts this weekend.

There is also the possibility of seeing some thunderstorms and small hail as colder air moves across the region.

In the southern part of the state, San Luis Obispo County is expected to see the highest rain amounts and strongest winds as the storm system moves through.

Heavy storm clouds and a dusting of snow are seen in the San Gabriel mountain range behind downtown Los Angeles. (AP Photo/Richard Vogel)

The NWS Los Angeles said the greatest impacts will be from Friday afternoon to Sunday. Up to two inches of rain could fall in the northwest foothills of the area, while snow levels are expected to stay above 7,000 feet.

Conditions are expected to improve by Sunday and stay tranquil through the early part of next week.