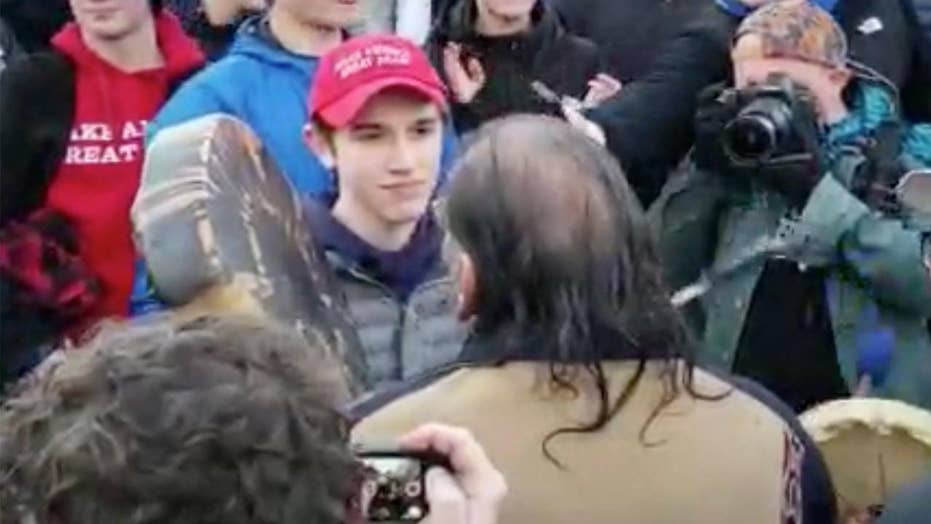 Kurtz: The Washington Post made serious errors in their Covington reporting, but it doesn't add up to malice

The Washington Post, recently hit with a $250 million lawsuit for its coverage of a Kentucky high school student’s January confrontation with a veteran at the Lincoln Memorial, on Friday issued an editor’s note admitting that subsequent information either contradicted or failed to confirm accounts relayed in its initial article.

“A Washington Post article first posted online on Jan. 19 reported on a Jan. 18 incident at the Lincoln Memorial,” the note began. “Subsequent reporting, a student’s statement and additional video allow for a more complete assessment of what occurred, either contradicting or failing to confirm accounts provided in that story — including that Native American activist Nathan Phillips was prevented by one student from moving on, that his group had been taunted by the students in the lead-up to the encounter, and that the students were trying to instigate a conflict.

“The high school student facing Phillips issued a statement contradicting his account; the bishop in Covington, Ky., apologized for the statement condemning the students; and an investigation conducted for the Diocese of Covington and Covington Catholic High School found the students’ accounts consistent with videos,” the note went on to say.

But if the goal was to smooth over concerns about how the encounter had been covered, it fell short for at least one person attorney representing Sandmann.

The lawsuit, filed in February in federal court in Kentucky, accused The Post of practicing "a modern-day form of McCarthyism" by targeting student Nicholas Sandmann, The suit said the paper had used "its vast financial resources to enter the bully pulpit by publishing a series of false and defamatory print and online articles ... to smear a young boy who was in its view an acceptable casualty in their war against the president."

Sandmann, a junior at Covington Catholic High School, became a target for outrage after a video of him standing face-to-face with the Native American Phillips while wearing a red "Make America Great Again" (MAGA) hat surfaced in January. Sandmann was one of a group of students from Covington attending the anti-abortion March for Life in Washington while Phillips was attending the Indigenous Peoples' March on the same day.

Sandmann and the Covington students were initially accused of initiating the confrontation, but other videos and the students' own statements showed that they were verbally accosted by a group of black street preachers who were shouting insults at them and a group of Native Americans. Sandmann and Phillips have both claimed they were trying to defuse the situation.

Phillips' role in the altercation was reiterated Friday in The Post's editor's note, which specifically addressed his initial label as a Vietnam War veteran.

"A Jan. 22 correction to the original story reads: Earlier versions of this story incorrectly said that Native American activist Nathan Phillips fought in the Vietnam War. Phillips said he served in the U.S. Marines but was never deployed to Vietnam," The Post wrote.

The confrontation sparked a national debate over media bias, race and "fake news," prompting President Trump to lend his support for Sandmann's suit against The Post on Twitter.