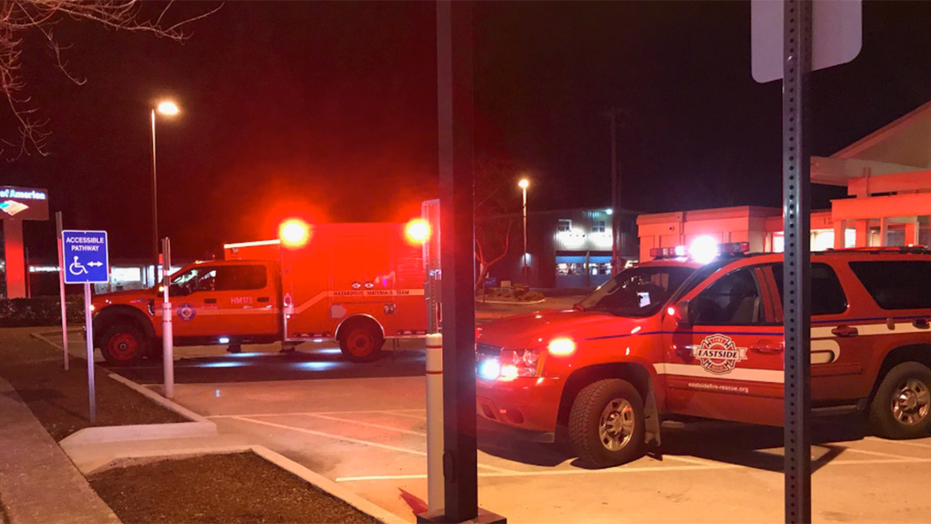 A movie theater in Washington state resembled a scene out of a disaster flick on Friday night after a box with a dire warning was left outside the building, triggering an evacuation after urine samples were sent to the wrong address.

The incident happened around 5:15 p.m. at the North Bend Theater in the town of North Bend, located around 30 miles east of Seattle.

The Eastside Professional Firefighters said on Twitter that first responders converged on the theater for a hazmat call with a box marked “highly contagious human substance” that had been opened up.

A total of five hazmat techs arrived at the theater to analyze the package as the building was evacuated and nearby streets were closed as authorities tried to determine what was inside the package, according to fire officials.

A misdelivered urine sample sparked a movie theater evacuation in Washington state on Friday, according to officials. (Eastside Firefighters)

Snoqualmie Police Sgt. Paul Graham told KOMO News the theater manager opened up the package and discovered the liquid inside. The manager was then taken to an area hospital as a precaution due to regular exposure protocol.

Eastside Fire and Rescue Deputy Chief Richard Burke told the Seattle Times the person didn’t show signs of illness but went to the hospital as a precaution, as officials weren’t sure what was in the box.

The theater manager was transported to an area hospital as a precaution, officials said. (Eastside Firefighters/Twitter)

Tests of the liquid later revealed it to be urine that was "disposed of appropriately in a bio container," fire officials told KOMO.

The package was originally intended for a medical clinic in Tacoma, located more than 40 miles away. Officials have not said how it ended up in North Bend.

"All is well," the theater said Saturday on its website. "The emergency vehicles you may have seen in front of the theatre on Friday, November 29, were there in response to our call regarding a mislabeled package that was leaking an unknown liquid."

The theater praised the "professionalism" of Eastside Fire and Rescue and the Snoqualmie Police Department, saying there was no danger and they would open for business on Saturday to show "Frozen II."