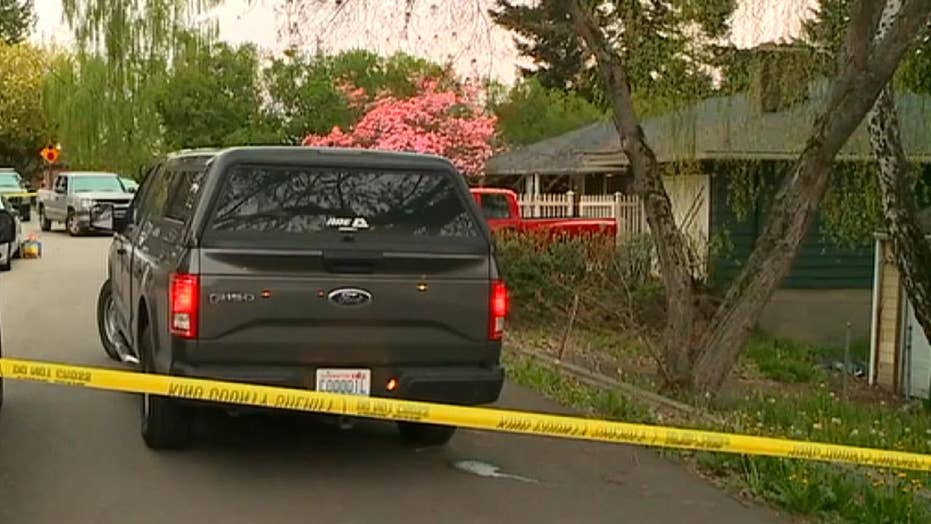 Homeowner opens fire, killing intruder while on phone with 911

Man shoots and kills suspected burglar after waking to find the intruder in his home in White Center, Washington.

A suspected burglar was shot dead by a Washington state homeowner Monday, who pulled the trigger while still on the phone with a 911 operator reporting the break-in, officials said.

The King County Sheriff's Office said on Twitter the incident happened around 2:30 a.m. in White Center, located south of Seattle, after the homeowner woke up to find the suspect inside his home.

“Initially he thought there were three suspects,” King County Sheriff’s Deputy Ryan Abbott told Q13 News. “So far the investigation is proving that not to be true, it just appears to be one suspect that acted alone at this time.”

At some point, with the 35-year-old homeowner on the phone with 911, he opened fire on the intruder, killing him.

Clarese Gainey, 65, of Gainesville, Florida, said she knocked Antonio Mosely in the head with a baseball bat after he charged at her. Mosely was attempting to get into her car when Gainey, a former high school softball player, attempted to confront the suspect brandishing her trusty baseball bat. Gainey was able to knock Mosely in the head with the bat, causing him to run to a nearby mobile home park where he was later arrested.

“You have every right to protect yourself or your family if you’re in fear for your life or safety, and it appears that’s what happened in this instance so far,”  Abbott told Q13 News.

Police said a K9 tracking team went out to search for a possible second suspect, but no one else ended up being located.

Neighbors told dQ13 News they already feel uneasy about crime reports in the area, and wonder how the homeowner is holding up after the shooting.

The shooting remains under investigation by police.