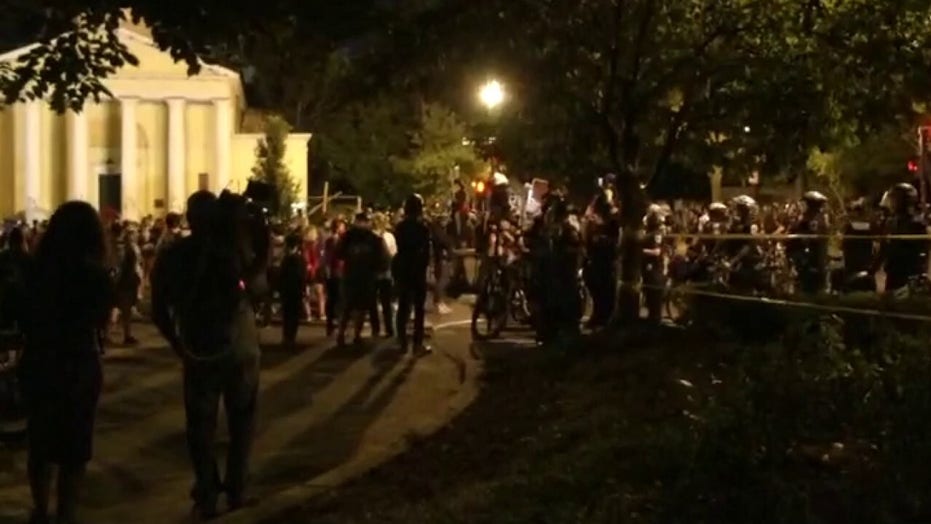 As Washington, D.C., police officers held their line outside Lafayette Park Monday night, a viral moment caught on video shows officers keeping their cool as protesters pepper them with insults and provocations.

Julio Rosas, senior writer at Townhall.com, was reporting from the scene when he captured a protester confronting police. Preceding the moment, the protester was pushed to the ground after putting his hands on an officer, Rosas reported, citing an eyewitness account.

“You’re a piece of sh—, you really are,” a white protester tells a black officer, pointing a finger in the officer’s face shield. “You’re part of the f------ problem. And I hope that your children treat you the way you deserve to be treated.”

The black officer, outfitted in riot gear, stands his ground and stays quiet as the white protester continues to rant, video shows. When the protester approaches within inches of the officer’s face again, the officer calmly asks him to “move along.”

The protester then gets in the face of a white officer, whom he tells he is “peacefully protesting” and is allowed to be in the officers’ faces as part of his “free First Amendment rights.” A second black officer tries to deescalate the situation and can be heard asking the protester to back up.

Another white protester tries to reason with the man ranting, telling him “this isn’t our movement." He is shooed away by other protesters and the man continues his rant.

The video, which has garnered nearly 2 million views as of Tuesday afternoon, ends without a clear resolution.

Rosas posted other videos of protesters screaming obscenities and provocations at police officers.

A second video shows three white protesters yelling and cursing at police outside the White House after an apparent altercation.

Protests in the city turned destructive Monday night as protesters tried toppling a statue of Andrew Jackson near the White House.

U.S. Park and D.C. police eventually used a chemical irritant to disperse the crowd and clear the park as officers were hit with objects.

Two U.S. Park Police officers were injured after protesters attacked police closing the park around 8 p.m., the department said Tuesday. Two protesters were arrested, although it was not immediately clear whether they faced any charges. 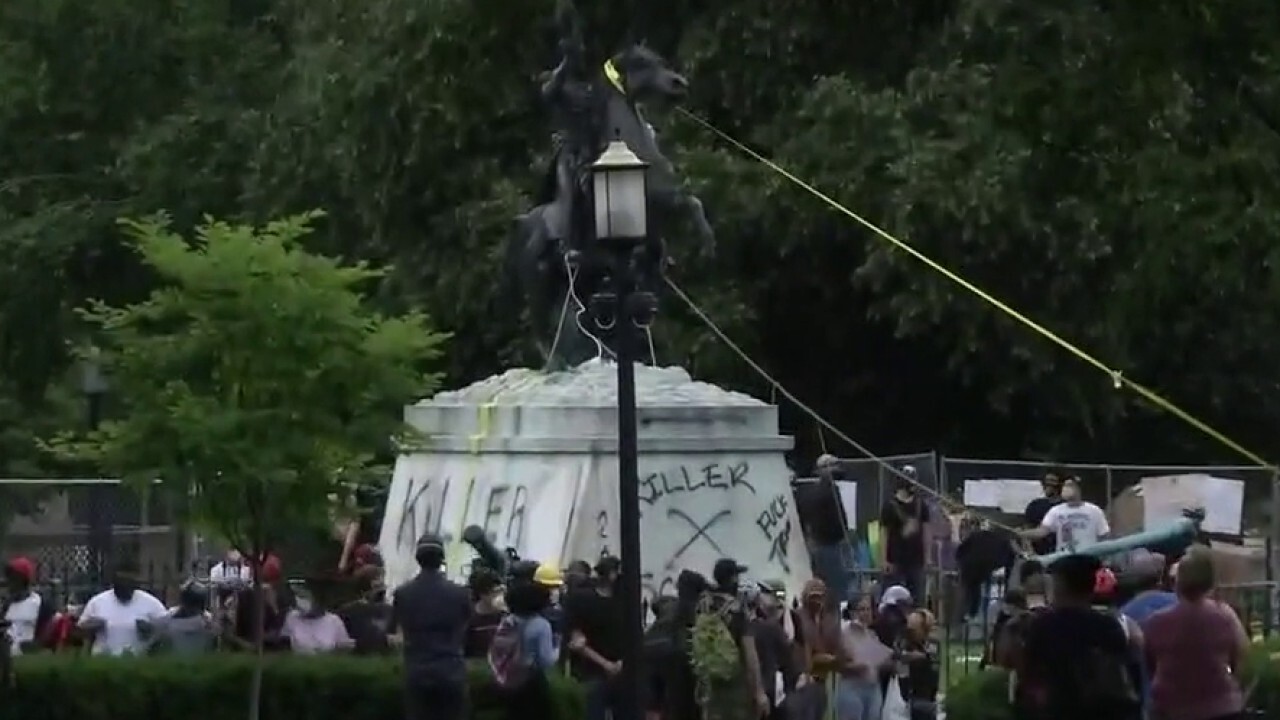 Protesters also tried sealing off an area and declaring it an off-limits zone dubbed the "Black House Autonomous Zone," or "BHAZ," similar to the "police-free" area set up in Seattle in recent weeks.